In a closed loop control system, the input of this corresponds to the value of the variable to be controlled, be it temperature, level, speed. The output will be the actuator that affects the state of the variable being controlling, and as feedback it will be common to find sensors, which take the current state of the variable to be controlled in the system. The analog signals from these sensors are susceptible to noise, so they can not transmit their signal at remote distances to some controller, PLC, this is solved by placing current loop transmitters 4-20 mA.

Why 4-20 ma signal is used in Industrial instrumentation?

The 4-20mA transmitter is a current loop which simplified with an ideal Norton current source composed of Signal, and R signal models the 4-20 mA transmitter.

The line resistance is shown as Rline, and Vnoise represents randomly induced loop noise. In this example, a 500-ohm controller and a 250-ohm digital display are connected in series with the signal current. The circuit is powered by a DC supply of 24 volts.

Signal voltage at any load is (I signal * R load), which is independent of supply voltage variations and line resistance (Rline). 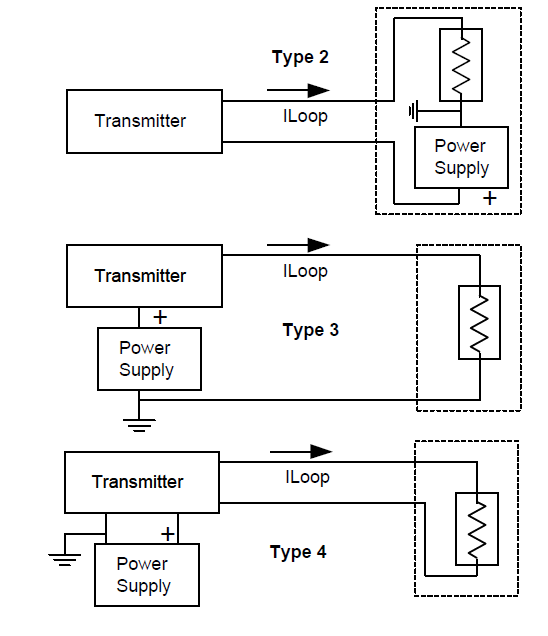 They correspond to 4-wire transmitters, energized by a voltage source in the transmitter. The transmitter feeds the current loop and the receiver behaves like a floating load.