Types of pressure transmitters and working

The purpose of the pressure transmitter is to sense and transform a different type of pressure associated with a process into an understandable signal and transmit it over a considerable distance so that it can be used to implement a control function or combined with other measurement signals in a more complex scheme.

There are different types of pressure transmitters classified based on the technique used to sense pressure and transmit it. 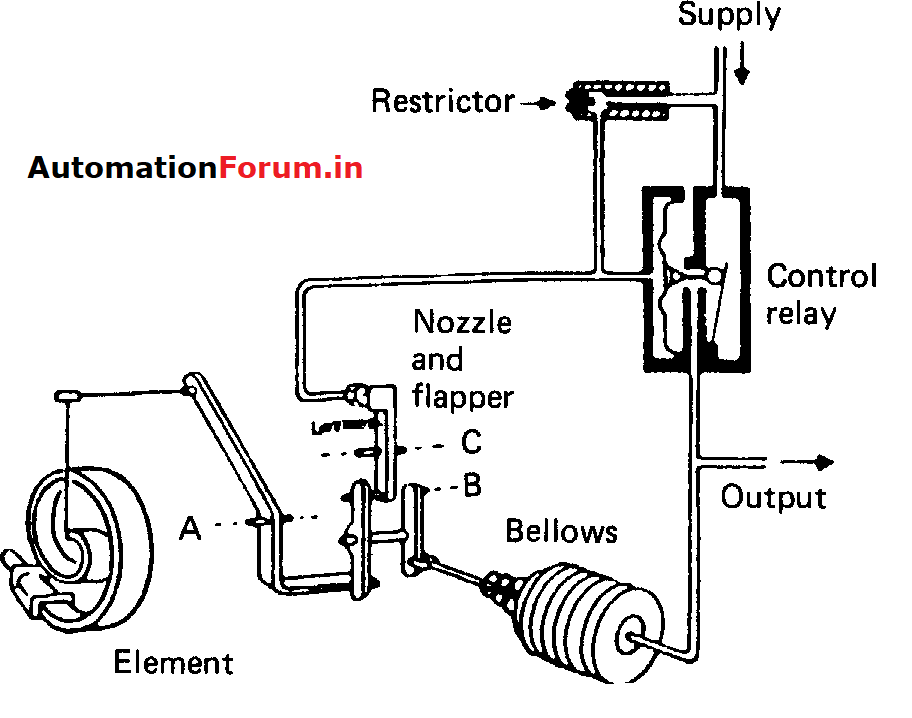 In the system shown in the above figure which is motion-balanced pressure transmitter in which the sensor is a spiral Bourdon tube. A change in pressure causes the free end of the Bourdon tube to move. This movement is transmitted via a linkage to the lever that pivots about the axis A.

This lever’s free end bears on a second lever pivoting in its centre so that the movement is transmitted to a third lever free to pivot around the C axis. The initial motion is transferred to the flapper/nozzle system flapper. If the gap between the flapper and the nozzle is increased as a result, the back - pressure nozzle drops, which in turn causes the control relay’s output pressure to drop. 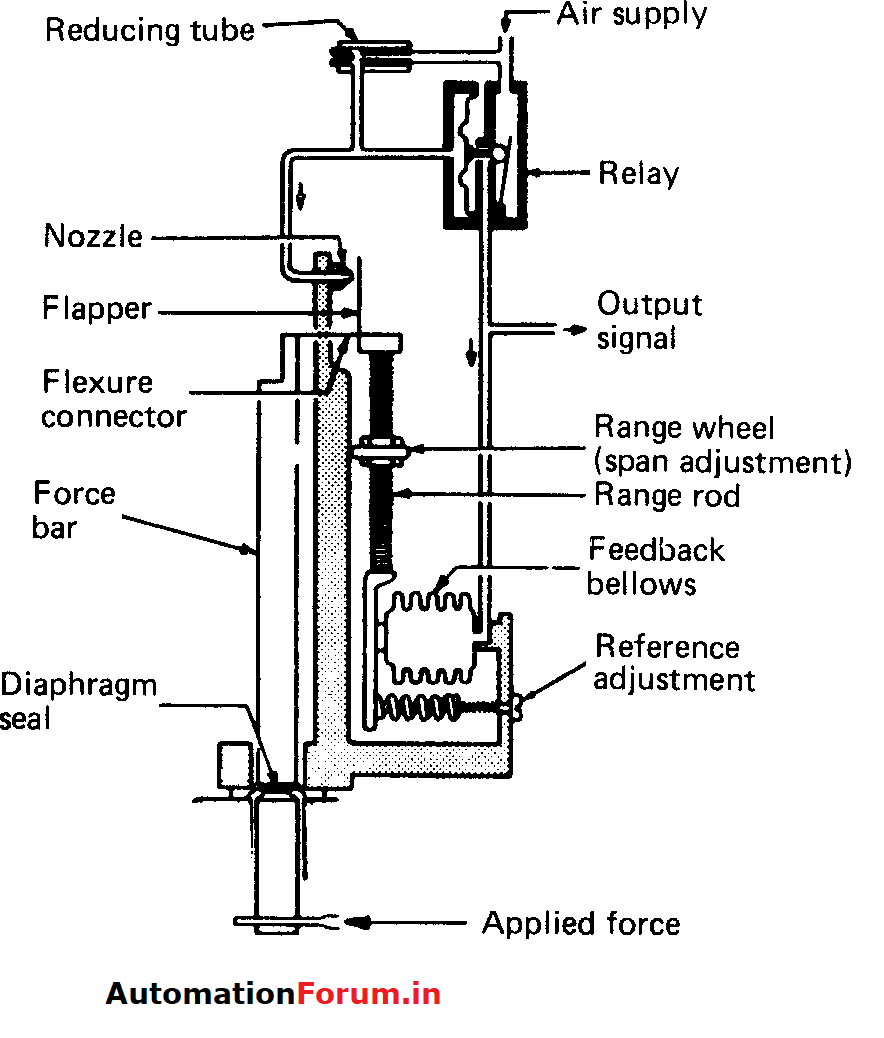 The function of this design is to convert a force applied to its input point into a proportional pneumatic signal for transmission, such as 20 to 100 kPa.

The measuring force can be generated by a Bourdon tube, a bellow or a diaphragm assembly and applied to the free end of the force bar.

This is rotated at the diaphragm seal, which also provides the interface between the process fluid and the force - balance mechanism in some instruments so that an initial displacement resulting from the applied force appears amplified at the top of the force bar, where it is transmitted to the top of the range rod via the flexure connector.

The flapper uncovers the nozzle if the applied force causes movement to the right, resulting in the nozzle. Backpressure is falling. The “relay” magnifies this change, the output of which is applied to the bellows of feedback, thus producing a force that initially balances the force applied. The output signal is derived from the “relay” and the range wheel setting varies. 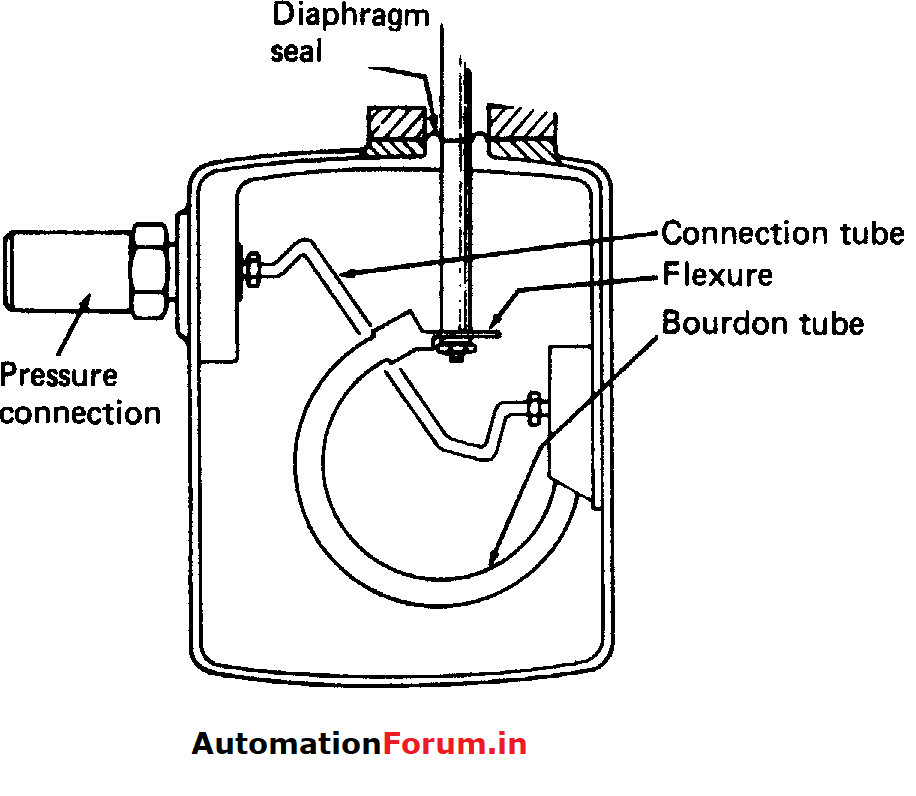 In addition to the previously described force-balance pressure transmitters, there are now transmitters that measure pressure by measuring the deflection of an elastic member from the applied pressure.

Transmitters that apply the force to a pre - stressed wire in a permanent magnet field. The wire is an integral part of an oscillator circuit that oscillates the wire at its resonant (or natural) frequency.

The associated electronic circuits include the oscillator and the components for converting oscillator frequency into a standard transmission signal like 4 to 20 mA dc. 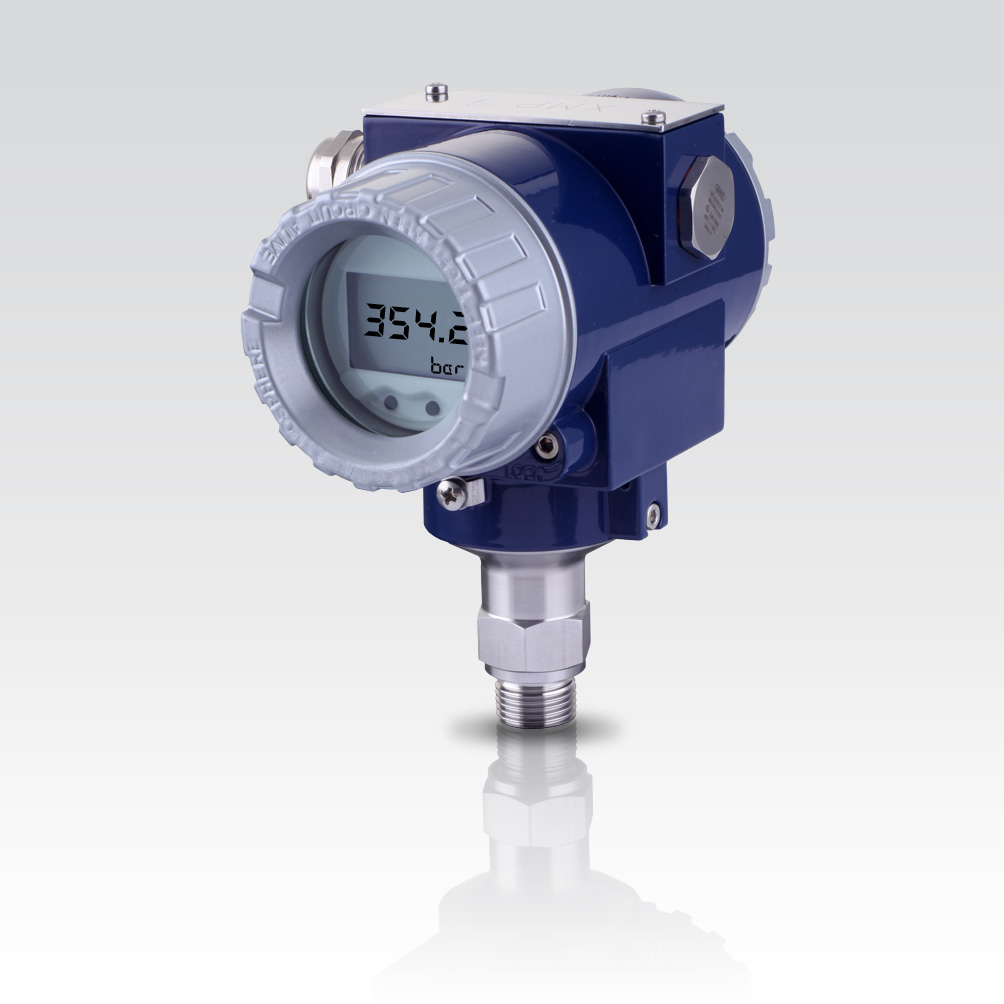