HART provides digital microprocessor communication providing analog process control and instrument control. It allows the use of intelligent devices where it was previously not possible. The protocol is 100% compatible with the 4-20mA system and can the entire cabling and network structure is already installed, replacing only the old device with the “smart” device. 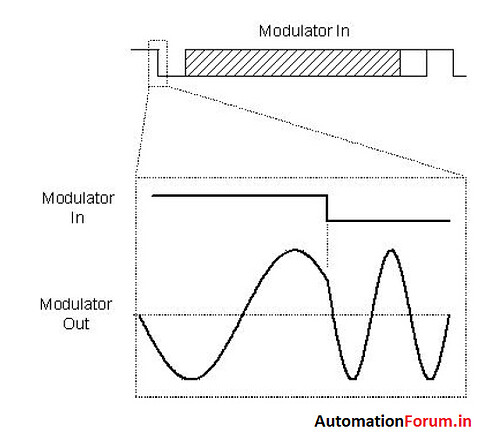 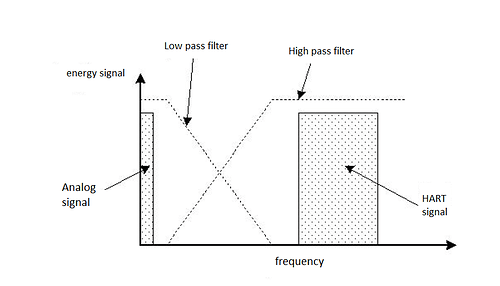 The transmission rate is 1200 bps, and a very low rate when compared to other forms of data transmission, but it should be borne in mind the year the HART was written, in 1980 300bps for a computer was a very good rate, and 1200 bps about 500 to 600 dollars. There are already proposals for high-using HART.

The communication between devices using the HART protocol is of the Master-Slave type, in which case the slave device transmits when the master requests, in general the field devices are slaves.

In this case the protocol allows the insertion of up to two masters, where one is in standby, so if there is any problem in the communication of the master with the field, the other assumes the communication to immediately.

Typically, we have the following situation:

The command and associated response are called Transaction shown in: 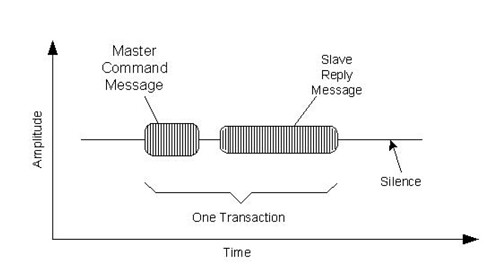 A slave usually has a unique address, this address is entered in the message by the master. The address can be from 4 bits up to 38 bits. Slaves can also be addressed through tags (identifier associated by the user).

Typically, each command or response message may have 10 to 30 bytes.

There are three types of commands:

Where the first two refer to implemented implementations in the first protocol. Proprietary commands are created by the company that uses the protocol.

The most common type of network used in networks using the protocol HART are point-to-point. Sometimes networks are configured so that they do not make use of the analog signal, use exclusively the HART protocol, in this case it is possible to connect several devices in the same pair of wires, these instruments are called multidrop.

HART networks can be constructed using both a twisted pair, many cables with different characteristics can be used, but the cable shall be attenuated by a maximum of -3 dB at a frequency of 2,5 KHz, the RC should be less than 65 μs, so for a cable with 50 u we have a maximum capacitance value of 0.26 μF.

Why Wireless HART is used in industries?
Precommissioning calibration for transmitter