HART is an important communications protocols used in plant automation. HART is owned by an independent, non-profit HART communication foundation. So that the technology is widely used across the globe as a standard.

HART communication system consist of a host system which acts as master, where field devices are the slaves. HART protocol supports two masters, primary and secondary.

There are basically two types of communication happens between master and the slave. 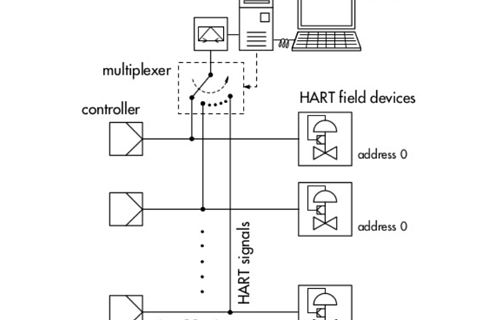 Multiplexer mode enable a large number of field devices to be connected with the host due to this cascaded multiplexer structure. All devices with address zero. 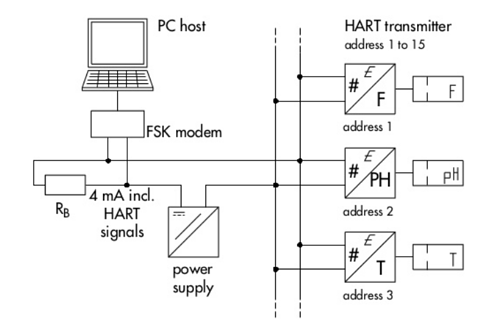 In multidrop mode analog signals are not measured. The devices are only configured to use 4mA as the power for the devices.

Data are transferred only via HART protocol.

Multidrop mode support only 15 devices to connect in parallel. Each devices needed to have distinct addresses range from 1 to 15 .

Control valves cannot include as field device in multidrop mode, because digital HART communication is too slow.

Important commands for HART Protocol
How to read HART data into Non-HART systems | HART loop monitor
Application of Digital Valve controller
Advantages of Fieldbus over HART
5 benefits of HART, Why HART is used in industrial networking
How to calibrate a Smart transmitter?
How to calibrate Differential pressure gauge (DPT) level transmitter at field?