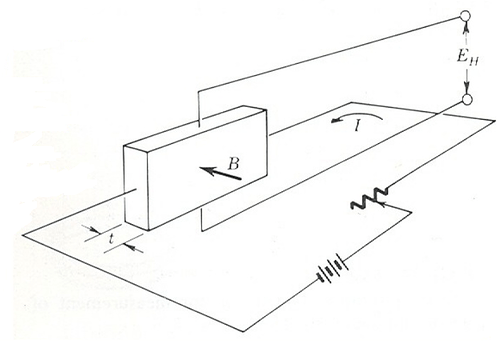 If a strip of conducting material carries current in the presence of the transverse magnetic field, an emf is produced between two edges of the conductor whose magnitude depends upon current flux density and a property of conductor called Hall effect. It is present in metal and semiconductor in varying amount depending upon densities and mobilities of the carrier.