Diodes are devices which will allow the flow of electricity in one direction, it is simply a one-way valve and if the current tries to reverse the flow of direction the diode won’t allow it. The current flow will be blocked 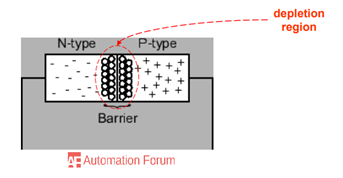 The electrons in n-type material will attract to the positive terminal of the source and the holes to the negative terminal. Thus the depletion region becomes bigger and the electrons cannot pass so any current flow.

Alternators use nine diodes six diodes are in the rectifier bridge and three in the diode trio, these diodes turn the spinning action of the alternator and its alternating current into direct current, if one of the diodes fails then it will affect the performance of the charging system

Light-emitting diodes are designed to produce light, LED’s are just like normal diodes because they won’t pass current that won’t go against it. in much automotive application LED’s are used for example in many vehicles it is used as day time running lights 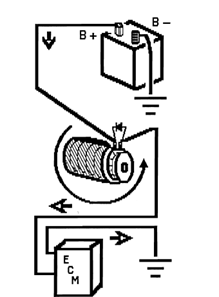 Diodes are used to bridge solenoids which are used in vehicles. Diodes are placed across many coils they are installed in reverse bias position to block B+ and therefore the current passes through the coil when the B+ is turned off the magnetic field of the coil collapses including the current flow in the coil and this current passes through the diode since the current is in the same direction as the diode arrow, which was previously blocking the B+ and this current flow induced in the electric field of the coil allows to collapse itself. A spark is not produced and the ECM is protected against damage