A free wheeling diode is used as a short circuiting diode across an inductive load to discharge the current in the form of heat dissipation thus protecting the surrounding circuitry.

An electrical load that needs a magnetic field to function is called an inductive load. Coils are used for the production of this magnetic field when current passes through it which in turn causes motion (Fleming’s hand rule) . This means that in general any loads with a moving part like in motors (fans, pump, vacuum cleaners, dishwashers, washing machines), coils as in solenoid and relays are all inductive in nature. Inductive loads resist the change in current and hence the current always lags behind the applied voltage because of the back emf generated by Lenz’s law. The voltage drop across the inductor is proportional to the flux linkage (Faraday’s laws of electromagnetic induction) while being opposite to the current (Lenz’s)

Counter-electromotive force (abbreviated counter EMF or simply CEMF or back electromotive force (or back EMF), is the voltage that opposes the change in current which induced it. Voltage appearing across an inductor due to a change in current which causes a change in the magnetic field within the coil induces a voltage of its own which is in opposite polarity that it opposes the current flow.

Need for a free wheeling diode: 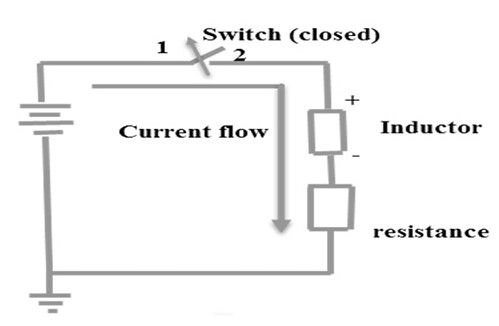 The voltage across the inductor gradually increases over time when the inductor is connected to a voltage supply until it becomes a constant. The inductive elements store energy as magnetic flux proportional to the current flow through the element. When the voltage supply is suddenly stopped (switched off) the induced voltage in the inductor will act against the sudden drop in current and produce a voltage spike, which is greater in magnitude to the supply voltage. 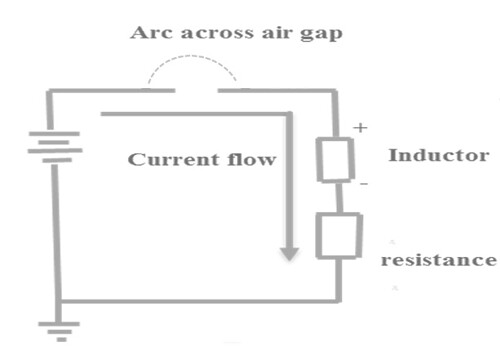 The voltage spike at the inductor is so high that the inductor kick can induce electrons to fly across the open contacts between the voltage source and the inductor. This electron jump causes sparks which can damage the switch contacts. In order to avoid this phenomenon we use a bypass for the dissipation of the current ( electron flow). 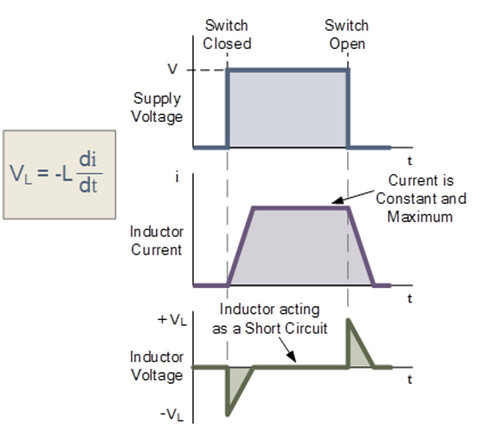 Diodes by virtue being unidirectional devices, working only in the forward bias as short circuit, are used for short circuiting the inductive load on power supply turnoff. This diode is known by many names, such as fly back diode, kickback diode, snubber diode, commutating diode, freewheeling diode, suppression diode, clamp diode, or catch diode. Schottky diodes are normally used as freewheeling diode.

How a free-wheeling diode works

Design of a free wheeling diode

Relays are components in a low-power circuit that control signals to switch high current ON and OFF that is electrically isolated from controlling circuit. 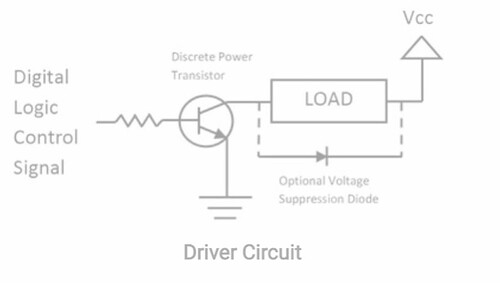 2. Free wheeling diode in H-bridge motor drivers An H bridge is used to apply a voltage across a load in either direction. These circuits are often used in applications where DC motors have to be direction controlled and run forwards & backwards.

Most DC-to-AC converters (power inverters), the DC-to-DC push–pull converter, most motor controllers, and many other kinds of power electronics use H bridges.

Usually Switching power converters operating with pulse width control like push-pull, bridge, etc., often use a transformer (operating with bidirectional flux) for voltage level change (Step up or down) and a full-wave rectifier to get a controlled dc at the output side through a LC filter. In such cases, the energy stored in the inductor causes freewheeling of energy through the secondary winding and the diode But when there is no input pulse (blank interval). It may also cause a freewheeling current through the primary winding and connected switches leading to system damage. The use of a freewheeling diode across the rectifier output gives an alternate freewheeling path during the blank interval, bypassing the windings and switches, thereby reducing loss in the system. 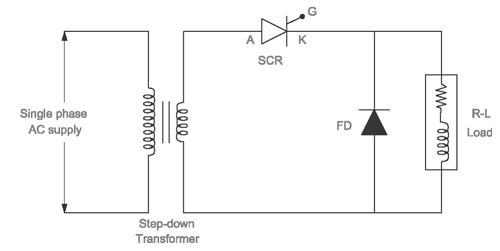 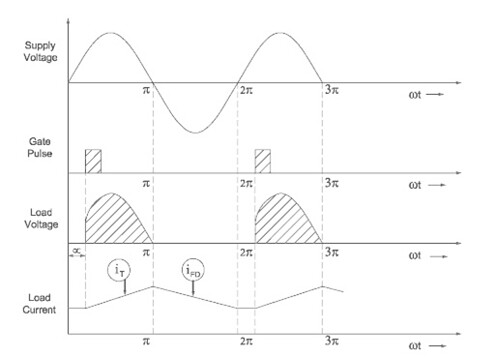 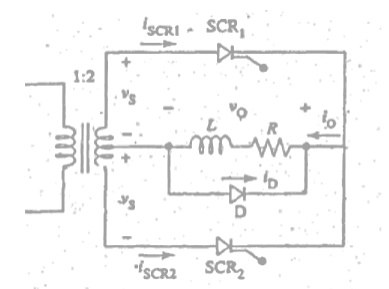 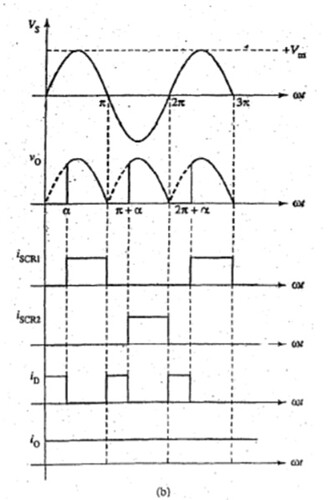 Given that: (a) the DC side has sufficient inductance either as filter or as part of load, (b) the firing angle is more than 30 deg for 3-phase, only after which the negative portion appears.

Note : There will be no benefit in a diode rectifier since the FWD is always reverse-biased. FWD prevents operation of the SCR converter in inversion mode.