A Magnetostrictive level equipment measures the level by measuring the time of flight of a wave between the instrument and the material interface. But it does not work like ultrasonic or radar level measuring techniques.

Main components of the magnetostrictive level instruments are: 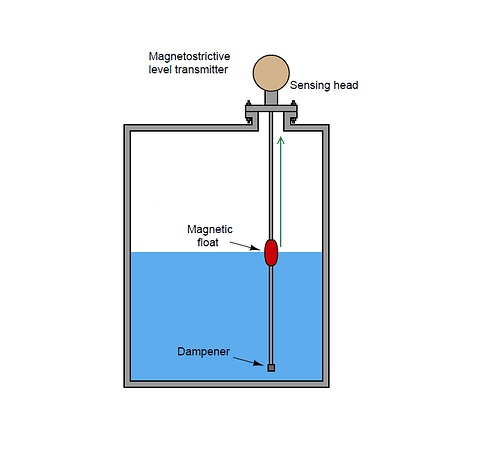 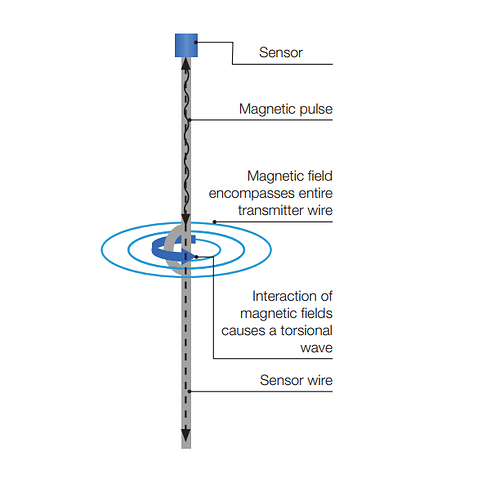 A magnetic pulse is produced due to the electric pulse. This magnetic pulse produced by the electric pulse, combined with the magnetic flux of the magnetic float generates a torsional stress pulse exactly at the float position. This torsional pulse travels through the rod to either end with a speed of sound. Though it reaches the sensor too, at the bottom end there is Dampener to the absorb the mechanical wave.

The microprocessor circuit attached to the sensor calculates the time elapsed between the electric pulse generation and receiving the torsional pulse. The time delay is strictly a function of the distance between the float and the sensor as we know the speed of the signal is constant.

to know about LASER LEVEL MEASURMENT