Ultrasonic level detectors use the principle of reflection of an acoustic wave from liquid to vapour phase and vapour to liquid phase. 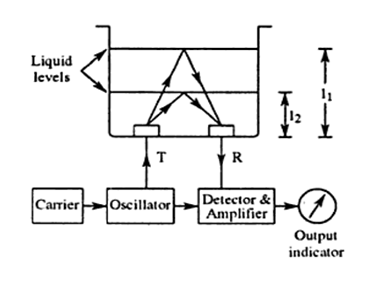 Ultrasonic level measurement work as similar to the working of sonar. An ultrasonic sound sends by the transmitter reflects back touching the water level to the receiver or Echo.

The Ultrasonic level detector measures the level on the basis of: 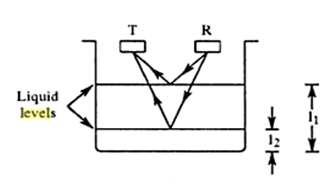 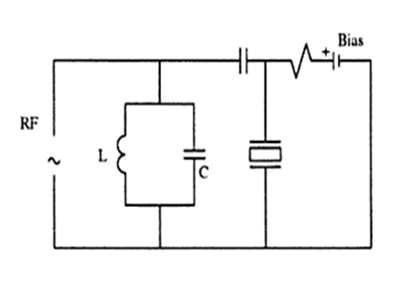 The above-shown L-C piezoelectric circuit is used as the oscillator circuit to produce the ultrasonic wave with frequency ranging from 30-300kHz. LC circuit is used to avoid spurious crystal oscillation.