Guided Wave Radar(GWR) is a contacting type continuous level measurement instrument. Also called Time Domain Reflectometry (TDR). A Guided Wave Radar consists of a probe with a full length of the tank and the transmitter connected to the probe is mounted at the top of the tank. The system is shown below. 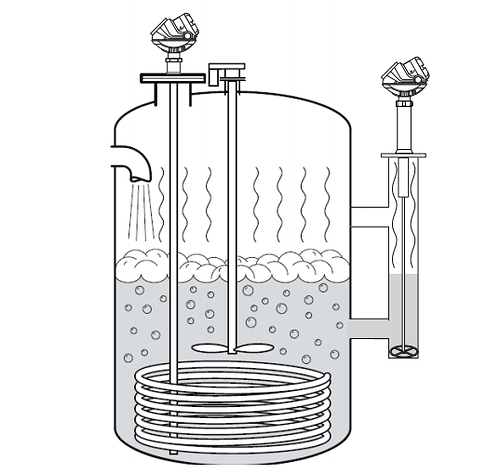 The “time of flight” of the wave is measured and which will be in relation to the level of the tank. That is the time delay between the transmitted and received signal is measured by the onboard microprocessor and calculate the distance to the liquid surface.

Once the transmitter is programmed with the reference gauge height of the application – usually the bottom of the tank or chamber – the liquid level is calculated by the microprocessor.

The single-element probe: Less efficient, But widely used because most forgiving in design

Advantages of the GWR: