What is an intrinsic safe system?

A system, comprising apparatus and interconnecting wiring, in which any spark or thermal effect in any part of the system intended for use in hazardous areas is incapable of causing ignition.

The cause of ignition is controlled by using barriers in the circuit and by using IS cables. Intrinsic safety is the only techniques considering faults in the connecting cables.

Why is intrinsic safety should be implemented in hazardous area?

Many field instruments such as Thermocouple, RTD, Photodiode.; are may be installed in the high-temperature area, can be called as the hazardous areas. Such instruments can be the cause of heavy fluctuation and ignition.

There are such hazardous areas classified as zones in an industrial area. Here is the importance of a barrier or safety interface to protect equipment in the non-hazardous area from the hazardous area.

An intrinsic safety loop consists of a barrier circuit, usually a Zener diode circuit. Barriers are required to be connected to the main system electrical earth with a resistance of less than one Ohm. 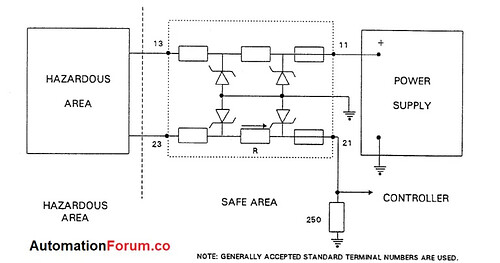 Barriers are normally mounted in the safe area at the nearest convenient point to the hazardous/safe area boundary Location of the interfaces should be permanently marked to show the correct type of replacement barrier in each position. 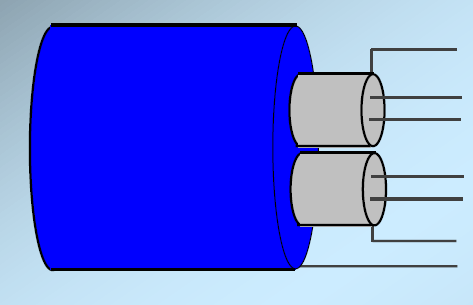 Earthing allows the fault current to flow through a dedicated path.

The IS ground connection must be separated from plant earth and other electrical ground, except at one point: the ground point of the main electrical system. When the screens are used in IS cables, then they should be grounded only at one point, usually at the same point where the interface devices are grounded, and should be isolated from each other.