What is a mesto DCS?

In this article, we are going to discuss DCS developed by Metso

An industrial machinery firm from Finland by the name of Metso Oyj specialised in offering technology and services to the mining, aggregates, oil and gas, recycling, pulp and paper, and other process industries. 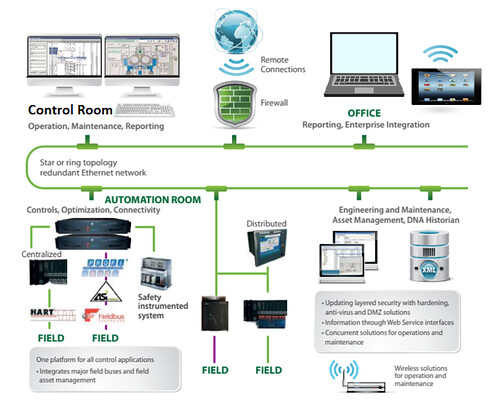 The DNA automation system was modified by Metso. A function test, an IEC 61850 interface, and tools for alarm shelving are among the improvements. Alarm shelving momentarily conceals bothersome alarms A product called Alarm Shelving has been created by Metso. It enables the operator to stop an alarm from being shown for a brief period of time when it is only causing a nuisance. An alarm that has been shelved will no longer appear on the alarm list until it has been un-shelved.

The user can define the length of the shelving time, remark on the alarm, and shelve it in the program. Until they expire, the shelved alarms are concealed in the user interface. An enhanced function test For the purpose of evaluating control applications, Metso has improved its function test. It resolves both control and process disruptions by displaying the function block diagram with real-time values from the operating environment, whether it be actual or virtual.