Fires can be detected from flame, smoke or heat. A combination of devices may be needed for best results. There is no perfect fire detector.

Flame detectors should not be confused with flame monitors. The function of a flame monitor is to alarm in the absence of a flame, for example to cut the gas supply to a furnace if the flame is extinguished. Flame monitors are normally wired to a dedicated burner control system, not the fire and gas detection system. A flame detector should alarm on the presence of a flaming fire and ignore normal phenomena that are not flames.

There are four primary optical flame-sensing technologies in use today: ultraviolet (UV), ultraviolet/infrared (UV/IR), multi-spectrum infrared (MSIR), and visual flame imaging. They are all based on line-of-sight detection of radiation emitted in the UV, visible, and IR spectral bands by flames . Technologies may be selected to suit the requirements of flame monitoring applications, including detection range, FOV, response time, and particular immunity against certain false alarm sources. 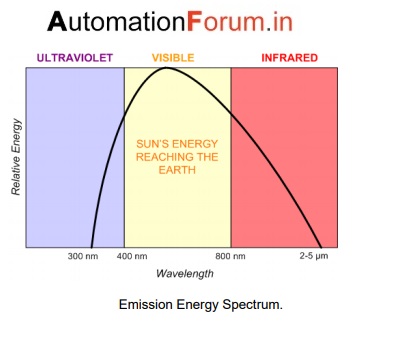 These are currently a popular option. The detector depends on the infrared radiation produced by The level and wavelength of the infrared radiation varies according to the fuel of the flame being detected The detector detects a flame inside a vision cone. The way and The length of the cone of vision varies between different models and flame makers detectors In some detectors, more than one wavelength of infrared radiation is used. Flame pattern recognition can be used to distinguish between constant sources of infrared and flames Infrared background radiation can reduce sensitivity and reduce effective detection distances. Careful placement is needed. 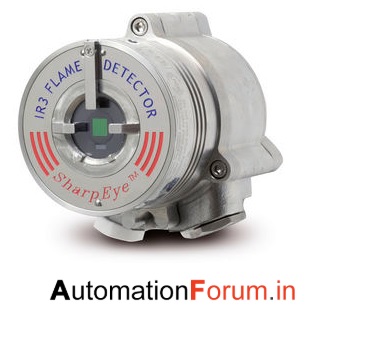 Camera-based flame detectors use visual pattern recognition techniques to recognize flames shapes. They can transmit an image of the area under detection to the operator of the control room, minimizing the need to send staff to a risk. Also a recording of events that lead to Incidents can be made. These records can be used to review the circumstances of a incident. Areas of the screen that could cause false alarms (for example, a flare or reflections from flare) can be masked from the detection area, while still being visible to the operator. In In addition, a camera-based detector can give the operator information about the current state of fire, while a traditional flame detector can only indicate limited alarm levels. These detectors require that a flame be visible. 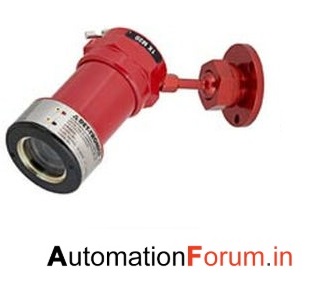 Some manufacturers combine flame detectors and cameras into one housing or product. Other solutions are to have the fire and gas system connected to the overall plant control system and CCTV (closed circuit TV) system to automatically direct a CCTV camera at the detection area. This principle can be extended to all forms of detection.

These detectors rely on the effective detection of ultra-violet radiation produced by flames. This is the original type of flame detector and has been largely superseded by other technologies. Detection of hydrogen fires, which used to mandate UV detectors, can also now be done by some infra-red flame detectors. 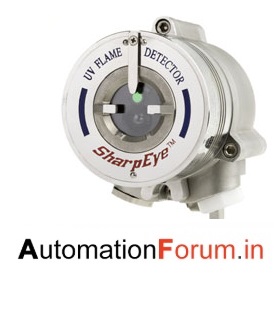 Visual flame detectors employ standard charged couple device (CCD) image sensors, commonly used in closed circuit television cameras, and flame detection algorithms to establish the presence of fires. The imaging algorithms process the live video image from the CCD array and analyze the shape and progression of would be fires to discriminate between flame and nonflame sources. Unlike IR or UV flame detectors, CCTV visual flame detectors do not depend on emissions from carbon dioxide, water, and other products of combustion to detect fires, nor are they influenced by fire’s radiant intensity. As a result, they are commonly found in installations where flame detectors are required to discriminate between process fires and fires resulting from an accidental release of combustible material. Despite their advantages, visual flame detectors cannot detect flames that are invisible to the naked eye such as hydrogen flames. Heavy smoke also impairs the detector’s capacity to detect fire, since visible radiation from the fire is one of the technology’s fundamental parameters. 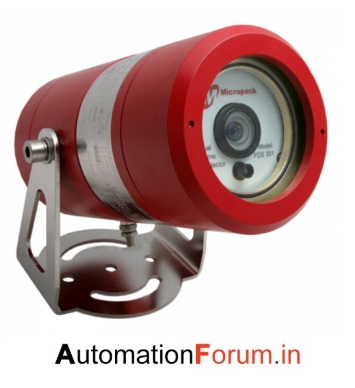 Also read How a Bimetallic thermometer work? How does a Infrared Thermometer(IRT) works?