Below are some of the issues you need to consider when choosing gas detectors.

• Most devices used in the oil and gas industry are set to detect methane (CH4) or hydrogen sulphide (H2S).

• Many detectors show cross-sensitivity; i.e. a detector for detecting one gas will also detect another, at different readings. So at the time of purchase it is important to specify the gas that is to be detected and consider other gases that may be present that may affect the readings.

• The nature of the gas should be considered – e.g. H2S is heavier than air, methane rises, propane sinks. However they may not behave like that under a high pressure discharge.

• Altitude affects the readings of some detectors.

• Portable personal gas detectors, set for multiple gasses may be used in areas where toxic gases may be present.

Detection methods from the field of analysers may cross over to meet gas detection needs. Point detectors are calibrated against the lower explosive limit (LEL) of a certain gas, frequently methane. The lower explosive limit for methane mixed in air is achieved at a 5% concentration. Typical alarm settings are 20% LEL and 60% LEL. Confusion can arise as these levels are traditionally labelled low gas and high gas, whereas control instrument engineers would use the term high alarm and high-high alarm.

Open path gas detectors are calibrated in LEL metres (LEL m). This setting has evolved as an analogue with the LEL range used in point detectors.

Point detectors record the gas concentration at the detector location.They need to be placed where a release of gas is considered possible. They can be placed remotely and connected to the sampling location by tubes, with air sucked across the detecting chamber. Consideration needs to be given to the extra detection time added by the transit time down the tube. 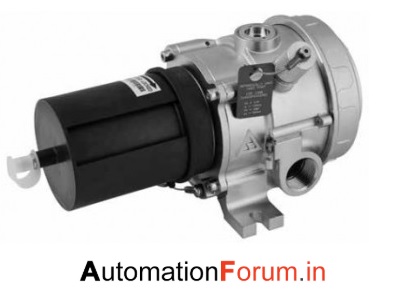 Open path gas detectors have a separate transmitter and receiver. Manufacturers quote up to 200m range, but in practice smaller distances are used, due to climatic and practical mounting arrangements. Detectors should be mounted rigidly to avoid misalignment between the transmitter and receiver, both statically and due to vibrations. Current devices will detect more than one hydrocarbon gas. New devices are in development that are tuned to a particular gas. Different versions of these can also detect H2S. 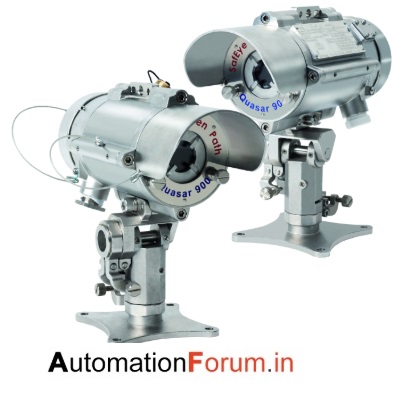 Catalytic detectors rely upon burning gas in a sintered chamber. For this reason they are only available as a point detector or as part of a multi-point aspirating system. They require periodic checking, calibration and replacement and are liable to poisoning by chemicals. For these reasons, despite their lower cost than infra-red detectors they have fallen out of general use in the process industries. 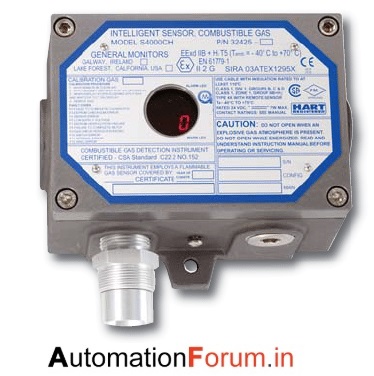 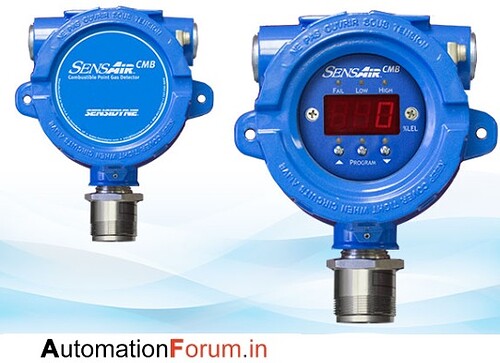 1542×394 65.4 KB
Various technologies are available – chemical cell and semiconductor point detectors; open path (Laser) gas detection is in development. Many different types of gas can be detected. Cross-sensitivity to different gases other than those being looked for needs to be given careful attention. Response times of detecting and testing frequencies need careful attention. Chemical cell types require sensor replacement at intervals determined by the environment. Semiconductor cells are also affected by their environment and may need to be ‘kept awake’ by exposure to the detected gas. New products are in development that are less susceptible to these limitations. Infra-red single gas open path detectors are at an advanced stage of development. These offer the important advantages of fast response and high reliability. 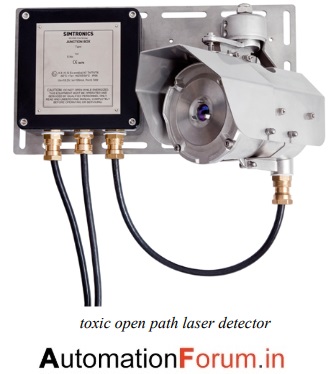 Oxygen Depletion detection The detection methodology is different from the other gas detection applications – an alarm is indicated when the oxygen setting falls to a low level. 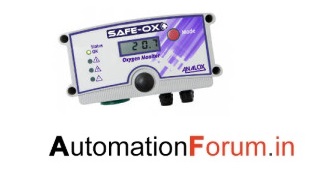 Devices are available for detecting the sound of leaks at ultrasonic frequencies and have more general application. They do not detect a specific gas but detect the characteristic sound of gas or vapour leaking from the plant. Time delays are built into the detection system or detectors to aid in differentiating between normal process emissions and leaks. 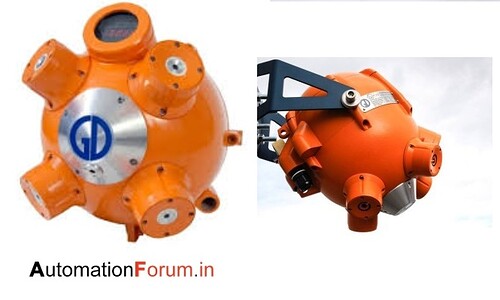 These are in development with some systems installed. They offer a video picture, overlaid with a computer-generated representation of the leak. They are more expensive than point or open path detectors and generally fall into the category of site surveillance systems. uses: Overall surveillance of plants for leaks