A network gateway is a device that connects two networks and allows devices on one network to communicate with devices on the other network. Without gateways, it would be impossible to connect to the internet, communicate, or send data back and forth. A gateway can be entirely implemented in software, entirely in hardware, or a combination of the two. Because a network gateway, by definition, appears at the network’s edge, it is often combined with related features such as firewalls and proxy servers. 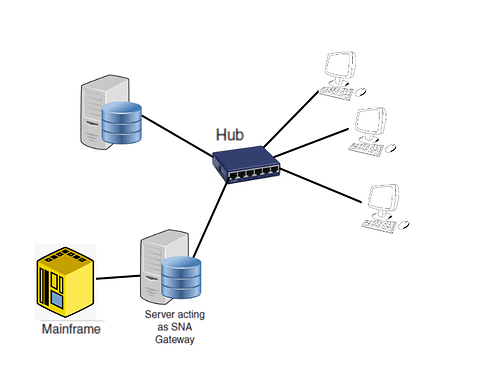 How does the gateway works?

Every network has a barrier that restricts communication to only the devices that are directly connected to it. As a result, if a network needs to communicate with devices, nodes, or networks outside of that boundary, the capability of a gateway is required. A gateway is frequently described as a mix of a router and a modem.

The gateway is installed at the network’s edge and manages all data directed internally or outside of that network. When one network wishes to communicate with another, the data packet is sent to the gateway, which then routes it to the destination through the most efficient path. A gateway will retain information on the host network’s internal paths as well as the paths of any new networks encountered, in addition to routing data.

Gateways are essentially protocol converters that can operate on any layer of the open systems interconnection (OSI) model and allow two protocols to communicate with one another.

What is a Network Gateway Appliance?

A network gateway is designed to enable protocol translation between two separate networks, whereas a network gateway appliance is a turn-key solution that specialises in translating certain protocols. This physical appliance simplifies the deployment of the necessary network translation.

Gateways are widely classified into two types based on the direction of data flow.

There can be a number of gateways based on functionality, the most notable of which are as follows.

What are the features and capabilities of network gateways?

Gateways are an essential component of business network design. A network gateway’s essential features include the following:

Support for Multiple Protocols:- Protocol translation is a critical component of a network gateway. These gateways are often built to accommodate a variety of protocols in order to facilitate the configuration of these connections between different networks.

Security:- Because network gateways are located at the network boundary, they have visibility and control over the network. A network gateway may feature firewall capability, which allows it to transmit or restrict network traffic in accordance with corporate network security standards.

How can we use Gateways as Protocol Converters?

Gateways are devices that transform network protocols. The two networks that a gateway connects to frequently utilise distinct base protocols. The gateway facilitates protocol compatibility between the two. Network gateways can operate at any level of the OSI model, depending on the protocols they support.

What is a poor gateway error?

A bad gateway error message, such as 502 Bad Gateway, indicates that something is wrong with the server communication of a website. To resolve the error, try refreshing the browser, beginning a new browser session, or emptying your browser’s cache.

What is a wireless gateway?

A wireless gateway serves as both a modem and a router, as well as a Wi-Fi access point.

What is a default gateway?

A default gateway is a physical point that allows devices on one network to communicate with devices on another.

Difference between LAN & WAN?
What is VLAN and Hoe Does it Works?