LAN stands for Local Area Network. A LAN is a collection of computers and other network devices that are connected inside a certain geographic region, such as a home, a building, an office, an entire campus, and so on. It is a frequently utilised network of devices that may be set up in a confined geographical region at a low cost compared to other networks. In most circumstances, LAN is used to create a network in order to share resources such as printers, scanners, or assets such as audio, video, movies, software, games, and so on. A connection created between a computer and a printer within a home is the most basic type of LAN example. It is typically a medium for transferring data between devices in a limited range area. 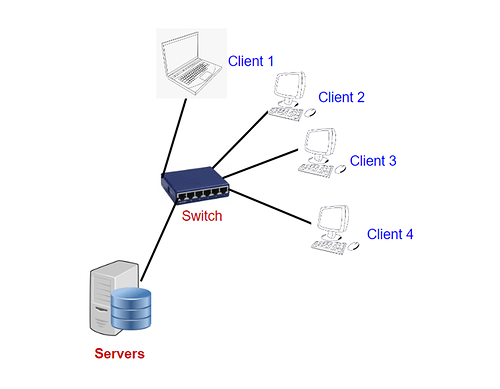 Advantages and Disadvantages of LAN

A wide area network (WAN) is a large computer network that connects computer groups that are separated by large distances. Large firms frequently utilise WANs to connect their office networks; each office normally has its own local area network, or LAN, which connects via a WAN. These long connections can be built in a variety of methods, such as leased lines, VPNs, or IP tunnels.

What characterises a WAN is a rather broad term. A WAN is technically any huge network that spans a large geographic area. The Internet is regarded as a WAN.

What is VLAN and Hoe Does it Works?