What are the different types of valves?

Valves are devices used to control the flow of a fluid stream. There are different kinds of valves used in plants based on the needs.

Basically, Valves can be grouped into two main types: 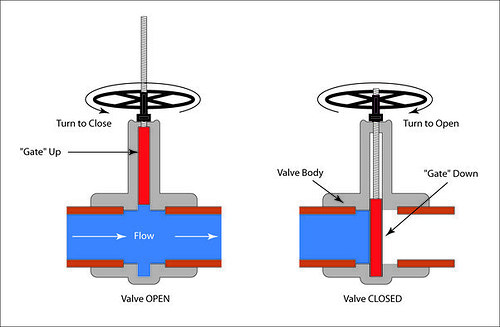 Gate valves are shut off valves. There are only two positions for the on/off, simple blocking system

A globe valve controls the flow adjusting the gap between the Globe shaped plug and the seat ring. 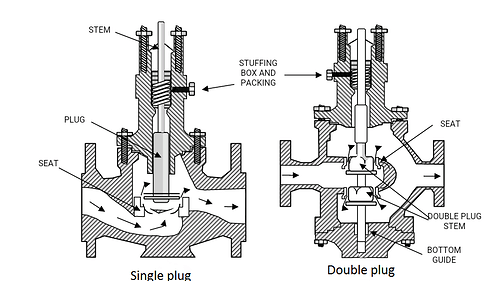 A Single plug valve cannot withstand high pressure because the line pressure pushes the plug directly so that it is used for low-pressure flow. 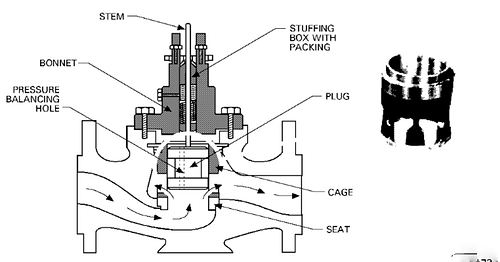 A butterfly valve can be operated manually and automatically. Valve is actuator driven. The effect on the fluid by the closing and opening of the disc is shown below.

Ball and plug type are similar to butterfly valves, the only difference is the shape of the rotating plugs. The ball valves are a sphere with a hole drilled in it. The plug valves are a tapered cylinder with a hole in it. These valves are also used as shut off valves.The full flow and shut off positions are shown in below. 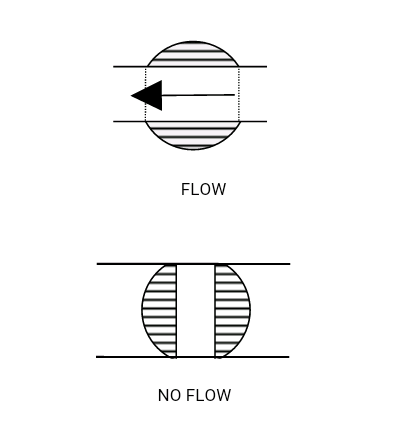 These valves also can be used for providing three/four-way connection. By adjusting the plug position one can the path of the flow as shown figure below. 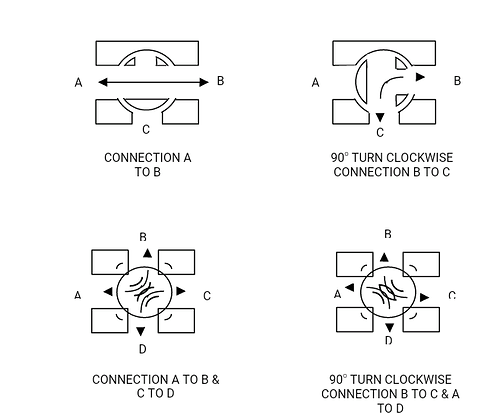 Usual valves cannot be used for the flow control of corrosive liquids like acids because the valve part may get corrode easily. This can be avoided by using diaphragm covering the actuator stem at both the side of the valve wall. The pipe used also must be made of a material which does not corrode easily. 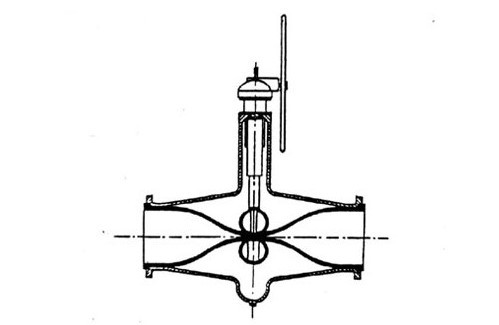 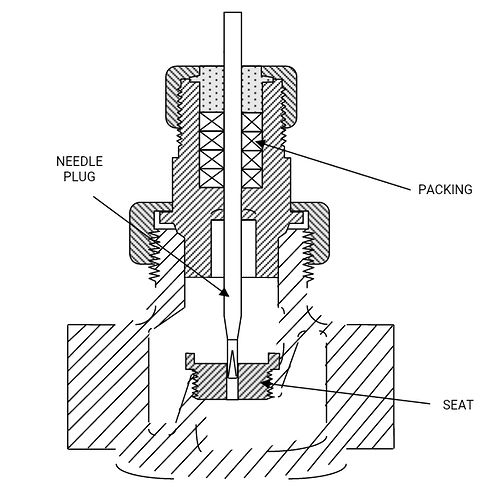 The flow is controlled by the needle plug which fits into a small hole in the seat. These valves can have manual or automatic actuators.

Needle type valve work same as the single plug valves works but the needle valve is small in size.

The check valves are non-return valves. These valves alow the fluid to flow only in one direction.