Solid probe scanning the surface to provide images. The different types are : 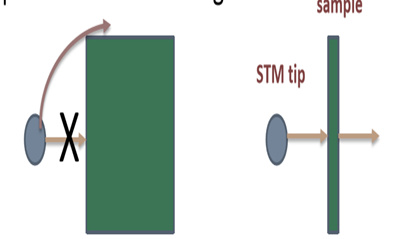 Tunneling - quantum-mechanical effect where a particle crosses through a classically-forbidden potential energy barrier…flow of electrons result in current. 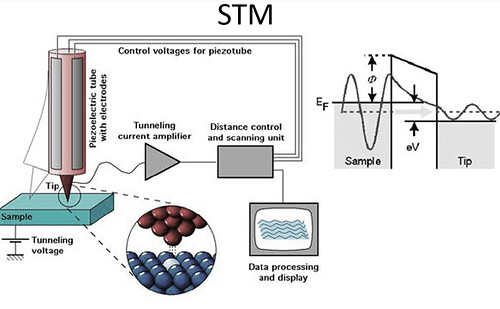 Tunneling current is a function of tip position, applied voltage, and the local density of states of the sample

There are two modes of operation. Imaging of the surface topology may then be carried out in one of two ways:

AFM detects near-field forces between the tip and sample 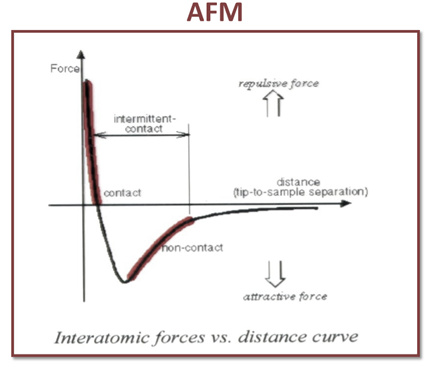 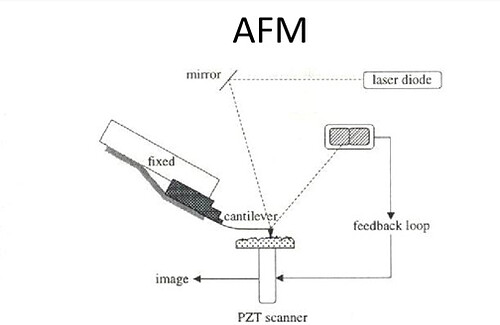 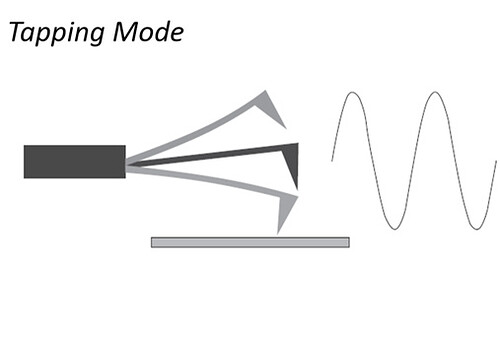 Can also be used in imaging non conductive material 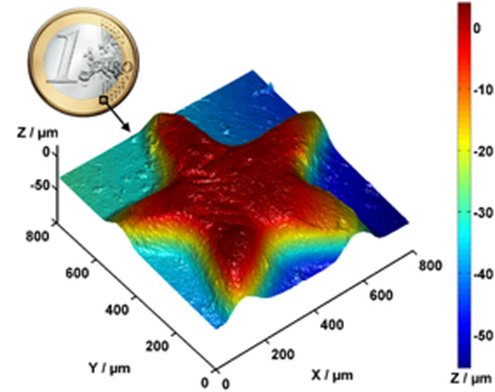 WHY LASER? Since the pinhole aperture can block a large amount of reflected light, high-intensity laser illumination is necessary to ensure that sufficient signals are received by the detector. The detector is commonly a photomultiplier tube (PMT) that converts light signals to electric signals for image processing in a computer.

Raster scanning – to acquire the image in 3D… After finishing one scanning plane, the focal spot is moved in the vertical direction to scan a next parallel plane