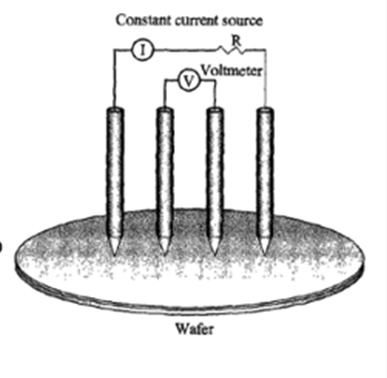 A known value of current (I) is passed between the two outer probes and the potential difference (v) developed across the two inner probes is measured. This approach avoids dealing with the effect of contact resistance. The spacing between probes, s, should be less than the wafer diameter and less than the film thickness. The resistivity of the film sheet is related to the four-point probe current and voltage by: 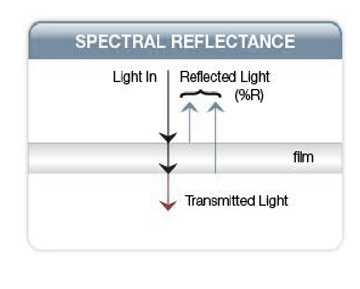 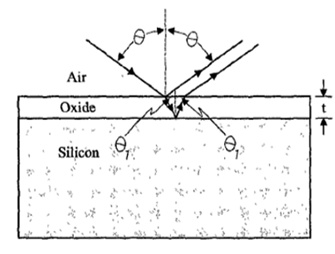 Based on the relationship of how light reflects off the top and bottom surface of the film layer, reflectometry can be used to compute the film thickness. 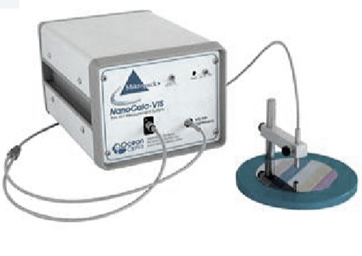 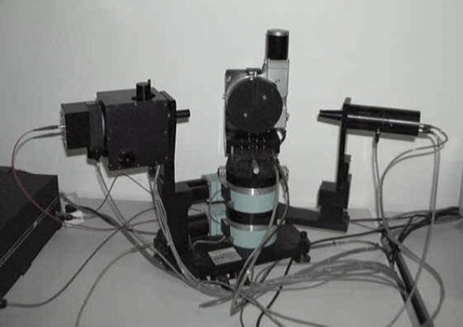 After reflection on a sample surface, a linearly polarized light beam is generally elliptically polarized. The reflected light has phase changes that are different for electric field components polarized parallel § and perpendicular (s) to the plane of incidence. Ellipsometry measures this state of polarization.

Properties of interest for an ellipsometry test: 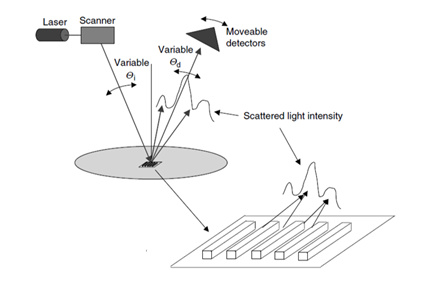 In both methods, intensity of the reflected light is compared to a library of scattering patterns that simulate linewidths and feature shapes. 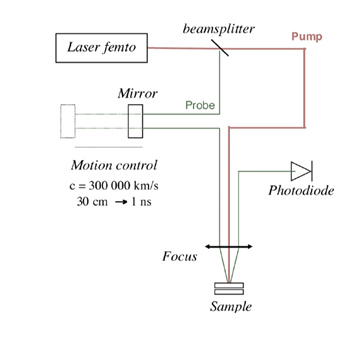 This noncontact technology is based on light-induced sound pulses that generate an acoustic pulse that is directed toward the film stack. When the acoustic pulse strikes the surface and underlying film interface, an echo is created that bounces back toward the surface. This echo causes a slight change in reflectivity that is detected at the wafer surface.

The time it takes for the pulse echoes to bounce back is used to calculate the film thickness.

This technique has a spot size of < 8 μm, which because of its small size, makes it capable of probing structures on patterned wafers.

It can measure film stacks with an individual layer thickness down to < 20 A, which is critical as device scaling requires smaller structures for increased performance.

an acoustic wave is first generated by the thermal expansion caused by sub-picosecond laser light pulse absorbed at the surface of a the metal.

The temperature increase (typically 5–10°C) is a function of sample depth which results in a depth dependent isotropic thermal stress which gives rise to a sound wave which propagates normal to the sample surface into the bulk.

This wave is partially reflected at the interface between the film and substrate.

For an acoustic wave, the reflection coefficient RA depends on:

When a reflected wave (or “echo”) returns to the free surface after a time t, it causes a small change in the sample optical reflectivity, ∆R. This change is monitored as a function of time by a second laser probe. Based on the sound velocities of the materials making up the sample (which for most materials are known from bulk measurements) and the echo time, the film thickness may be evaluated from the simple relation

Properties of this technique

Commonly used optical thickness measuring methods are ellipsometry and reflectometry. In ellipsometry, the complex reflection ratio and phase change are measured in a single measurement, and film thickness can be calculated when substrate optical constants are known from independent measurement. In reflectometry, a wavelength scan is made (e.g., 300–800 nm) and this is fitted to a reflection model. For very thin films, uncertainty is introduced because optical constants are not really constants, but depend on film thickness. Xray reflection (XRR) can be used to measure film thickness. Unlike optical methods, XRR is insensitive to refractive index change. Measurement time, however, is in minutes or even hours, compared with seconds for optical tools.