14 Difference between Alternator and Generator

An alternator is called a synchronous machine because the alternator always operates at synchronous speed (speed of rotor always matches the supply frequency) in order to get an induced emf of the required frequency.

Image of an alternator 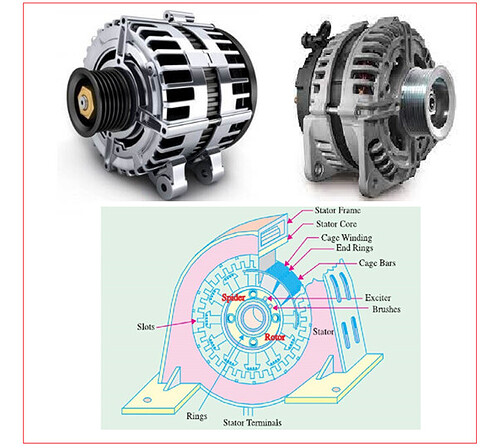 Parts of an alternator

9 Differences between Capacitor and Inductor

Differences between Conductor and Insulator

The generator is a mechanical device that is designed to produce either AC or DC current by converting mechanical energy. There is a rotor present inside the generator, the rotation of this rotor produces electricity.

The generator features a rectangular rotating coil that rotates around its axis in the magnetic field. Either a permanent magnet or an electromagnet generates the magnetic field. Two slip rings connect the coil’s two ends. The current produced in the coil is collected by the slip ring and transferred to the external load resistance R. The armature, which is constructed of copper, is the rotating coil.

Parts of a generator 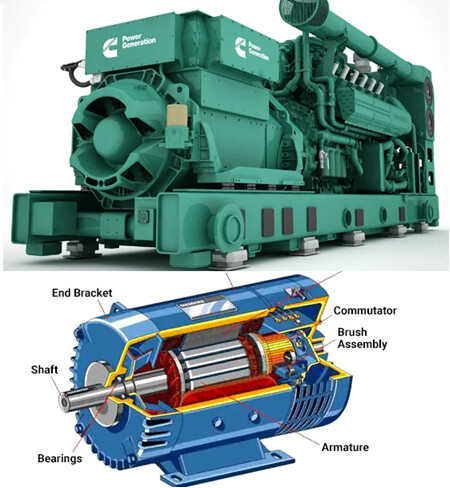 1. What are losses in a generator?

2. How to reduce eddy current losses?

The methods to reduce eddy current loss are mentioned below:

12 Differences between Capacitor and Battery