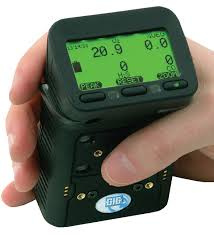 All electrochemical or catalytic gas sensors may show both positive and negative drift due to environmental factors such as changes in temperature and humidity. However, these are not the most common causes of negative sensor readings.

Sometimes we will say that you have never seen a negative reading on an instrument before, but recently the monitors have changed and now they seem to see them all the time. This is because some manufacturers believe that negative readings only confuse users and mask them from their instruments. All negative readings are shown as zero.

This is a practice that, in fact, can serve to disguise it from seeing and recognizing the dangers that exist. If an H2S sensor has a displacement of -10 PPM due to drift or a false zero operation that has been masked by the manufacturer, the exposure at a real concentration of +10 PPM will still produce a zero reading and a concentration of +20 PPM will only be displayed as 10.

This situation would be easier to recognize if the negative reading would show normally in the first place.

How negative reading sensor is useful?

If you have NO2 and SO2 present in the same atmosphere, the only way to understand the true concentration of each gas is to have both sensors. In the example we used earlier, if your atmosphere contained 2 PPM SO2 together with 2 PPM NO2, the resulting SO2 reading due to negative cross-interference would be zero.

The only way to know that you have 2 PPM SO2 present is by recognizing the presence of NO2 gas and understanding its effect on the SO2 sensor. Removing one of the sensors from the instrument does not eliminate the danger to which he and you are exposed.

Gaseous hydrocarbons can be reactive or non-reactive ethylene and methane is the examples for reactive and non-reactive gases respectively. Methane is the major hydrocarbon emitted to the atmosphere by natural activities such as anaerobic decomposition in water and solid. The poly Aromatic Hydrocarbons (PAH) can be analyzed by collecting them with glass fiber filters. PAH can be extracted from benzene and then it is analyzed by Flame ionization detector. Flame Ionization Detectors: FIDs are be…