The poly Aromatic Hydrocarbons (PAH) can be analyzed by collecting them with glass fiber filters. PAH can be extracted from benzene and then it is analyzed by Flame ionization detector.

FIDs are best for detecting hydrocarbons and other easily flammable components. They are very sensitive to these components, and the response tends to be linear across a wide range of concentrations. 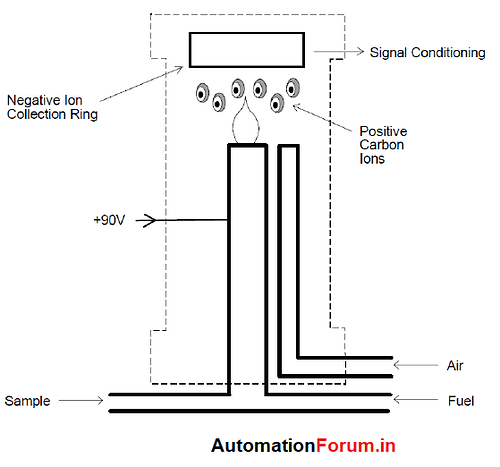 Within the flame, the hydrocarbon components of the sample stream undergo a complex ionisation that produces an electron and positive ions. Polarized electrons collect these ions, causing current to flow through the electronic measuring circuitry. 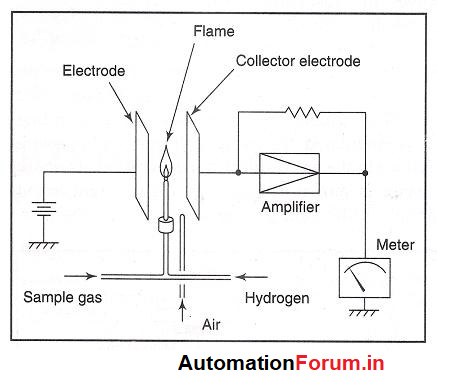 The field causes the charged particle formed during combustion to migrate. The electron goes to burner jet; positive ions go to the collector. Thus a small ionization current flows between the two electrodes. The magnitude of the current depends on the concentration of the carbon atom in the sample.

The thermal conductivity detector (TCD) is a bulk property detector and a chemical specific detector commonly used in gas-liquid chromatography. 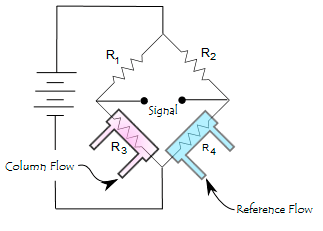 TCD consists of an electrically heated filament in a temperature-controlled cell. Under normal conditions, there is a stable heat flow from the filament to the detector body. When an analyte elutes and the thermal conductivity of the column effluent is reduced, the filament heats up and changes resistance.

This resistance change is often sensed by a Wheatstone bridge circuit which produces a measurable voltage change. The column effluent flows over one of the resistors while the reference flow is over a second resistor in the four-resistor circuit