What is Temperature Control Valve (TCV)?

The regulator could also be used to adjust the flow quantity of steam that is typically used to heat a substance. Thus, the regulator can indirectly change the temperature of a specified medium by changing the flow rate. 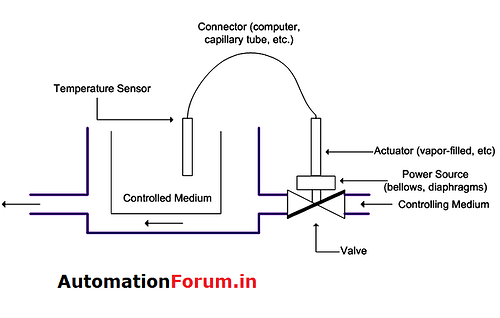 As shown in Figure, the structure of a typical heat regulator is made up of four primary components.

The temperature detection component, which, as mentioned above, is mostly a temperature sensor, sends an electrical or mechanical signal to the actuator through the connector.

This signal is then used by the actuator to act on the energy source, which determines the valve’s position.

The temperature regulator works on the basis of a mechanical temperature control instrument. As stated earlier, a heat conducting substance typically fills the regulator bulb.

The material extends as the temperature rises due to the thermal expansion characteristics of this substance. This extension creates a shift in the actuator stress that correlates with the medium temperature.

This pressure change repositions a valve on the regulator, which controls the flowrate of a coolant. The temperature of the medium is then altered by the change in the flowrate of this coolant. 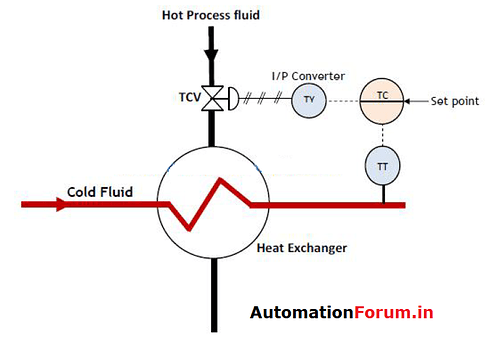