What is the paralleling of generators

We use generators as a backup power supply in case of power failures so we can select a generator according to our need of backup power, in certain cases we may need more backup load so the generator output won’t be enough In that case, we can use paralleling generators, it is the process by which two or more generators connected together using special equipment to form a larger capacity power source 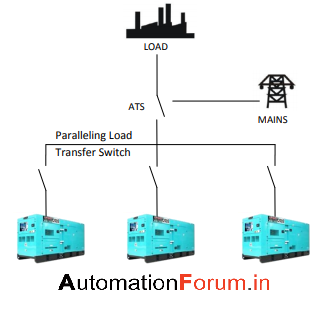 What are the requirements for the parallel operation of the Generators

• It must have the same magnitude as the running generator

• Its phase sequence must be the same as the running generator

• It must have an equal frequency as the running generator

To check the above requirements the following method can be used 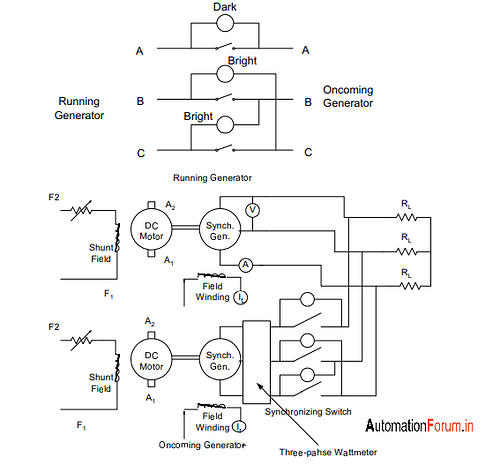 In the early days, the parallel system wasn’t used because of its complexity, higher cost, and space. So many industries didn’t use it when they needed it because of these limitations. But now due to the arrival of sophisticated integrated digital control technologies, it is very easy to operate the parallel system and to benefits from its advantages

By using the parallel system one has the ability to expand to his needs. The required load could be received by this without overrunning the budget we can add generators according to the available space and generators can be detached according to our need

If one of the generators needs to be serviced it can be dismantled from the unit and serviced thus it won’t interrupt the function of the other loads.

What is required to parallel generators

• The same number of phases