What are the benefits of using a superconducting generator

WHAT IS SUPERCONDUCTING GENERATOR 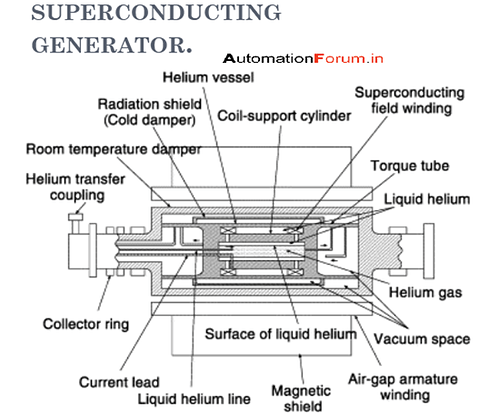 ADVANTAGES OF USING HIGH-TEMPERATURE SUPERCONDUCTORS IN GENERATOR By using the HTS in generator it can provide fast and reactive power support and the generators will be smaller, lighter, efficient, and it would be less expensive to manufacture and to operate

Superconducting generator has a supercooled rotor, the rotor is supercooled by a liquid which is contained within the rotor, other components are torque tubes and a thermal radiation shield in normal conditions the liquid is vaporized into gas and the gas is directed to the torque tubes by the help of heat exchanger the torque tube transmits torque from the generator driver

2 Likes
What is parallel operation of generators? 4 major requirements for the operation of parallel generator
How does gas turbine generates Electricity and what type of fuel is used in it