What is compressor surges?

What is the compressor surge?

Surge occurs at the different head and flows combinations as specified by the performance curves of the compressor manufacturer. A surge can result in one or more of the following: 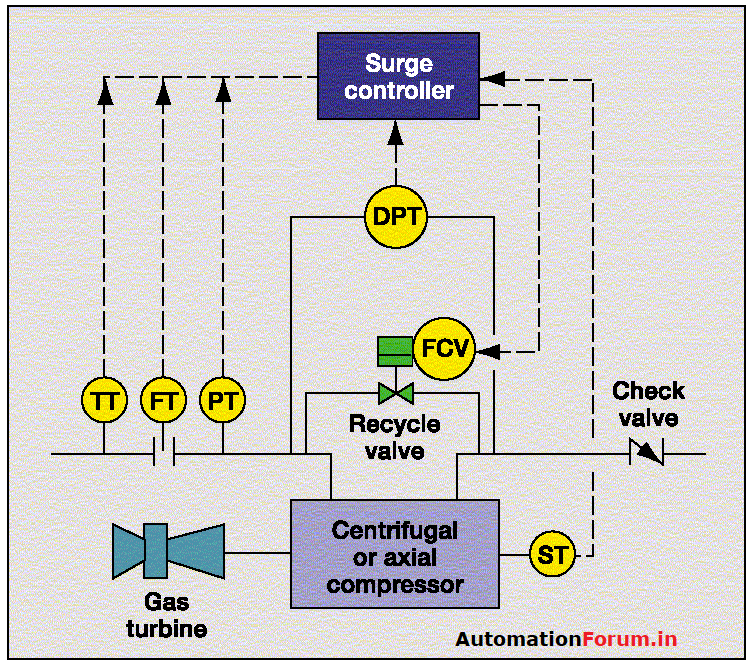 What is Anti surge control ? and how surge effects Compressors?

What is surging? Surge is technically an unstable condition of compressor that causes the erratic compressor performance. Every axial and centrifugal compressor will experience the phenomenon called surge when the flow through the compressor drop...

There is a significant reversal of gas flow through the compressor impeller when a centrifugal compressor surges. In one stage of a multi-stage compressor, the surge usually begins and can happen very rapidly. 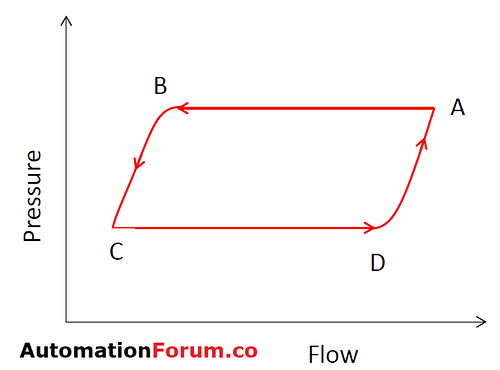 The surge begins with the reversal of the instant flood, shown in the figure above. Consider point “A” as the actual flow during normal operation developed by the compressor. The operating point change from “A” to “B” due to the decrease in flow In fact, the compressed gas rushes backward from the discharge to the inlet through the impeller. The release from the discharge side of compressed gas.

The stress reduction allows the flow to be restored in the positive direction “C” to “D” and the discharge force to be decreased from “D” to “A.” If nothing changes in the process, the cycle of the surge will continue. As the duration of the surge period increases, the compressor is impaired.

How to avoid surges?

The speed increase also eliminates the compressor from the surge. This is a temporary solution as it also increases Pd and decreases Ps, which tends to push the machine back upward.

A blow off valve is used in the air compressor section to vent the discharge of the compressor into the atmosphere. This does not change the conditions of suction, but it decreases the pressure of discharge and raises the flow, thereby eliminating the operating point from the surge.

The ratio of compressor pressure increase to inlet flow rate is used by this method of surge control to set the flow in by-bass loop. The compressor starts to surge when the suction pressure drops and discharge shoots up.

How surge affects the compressor?

The ratio of compressor pressure increase to inlet flow rate is used by this method of surge control to set the flow in by-bass loop. The compressor starts to surge when the suction pressure drops and discharge shoots up.