Vibration is the motion of an object moving back and forth from its point of rest. When a force is applied to a stationary object connected a spring system, the object moves upper limit to lower limit continues the movement even if the force is removed and rest eventually due to damping or friction.

Different types of vibration transducers are:

The displacement transducer consists of a moving part and a fixed part. The mobile part is attached to the moving part of the instrument to be tested while fixed acts as a reference. The internal of many rotary types of machinery has a number of quite small annular radians clearance gap between rotor and stator, Therefore one obvious potential consequence of excessive rotor vibration is rotor-stator rubbing contact.

Measuring the gap between transducer tip and the target rotor is done using two principles, the capacitive and inductive principle. 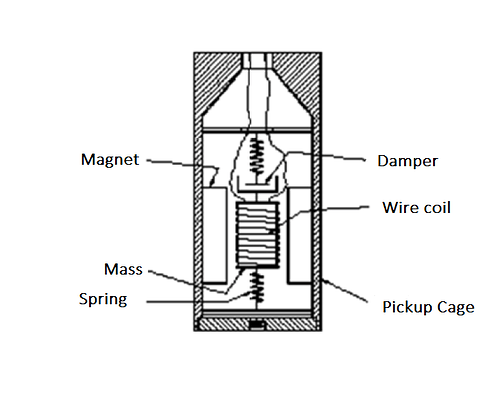