What is a Transformer

A transformer is a static equipment, with two or more windings linked to a common magnetic field. By using electromagnetic induction this device will transfer electrical energy from one circuit to another without any frequency change.

What are the functions of a Transformer

• It changes the voltage level

• It changes the current level

• It changes the impedance

• It can provide isolation 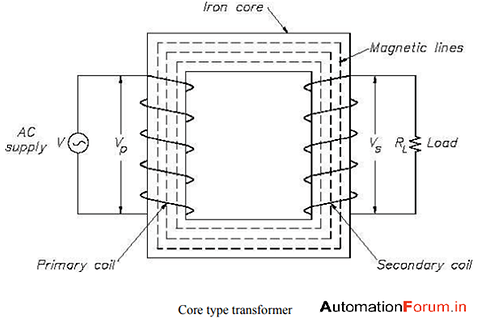 How does a transformer work

A transformer has two electric circuits called primary and secondary, a magnetic circuit provides the link between the primary and the secondary. Alternating current is supplied to one of the winding and when the current will reach the electric coil there will be an alternating flux surrounded to that coil so if we bring another coil near to the first one then there will be an alternating flux linkage with that second coil and so there will be rate of change in flux with respect to time in the second coil and thus EMF will be induced in it. 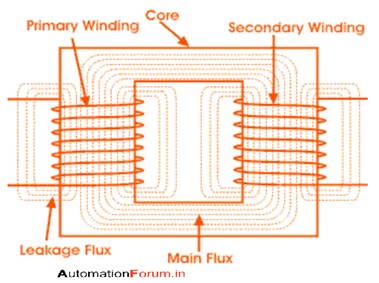 What is the use of a transformer

• They have maximum efficiency near full load

• Iron losses are 5-6 times when compared to distribution transformer

• They are operated for 24 hours

• It has maximum efficiency near 50% of full load

What are the major parts of a transformer

The cores of the transformers are made from a special type of iron. Iron cores are used to reduce the reluctance of flux path, and because of that only a small amount of current is required to induce flux. The cores won’t be made up of a solid block of iron. Because the solid core would act as a short-circuited turn. High circulating currents will be formed in the core because of the solid core, and that would result in high losses. These circulating currents are called eddy current loss, and it can be reduced by laminating the transformer cores next to each other and each lamination will be insulated from others. Core construction is of two types they are core form type and shell form type. In the core form type, the windings are constructed around the laminated cores. In case of the shell form type, the laminated core is constructed around the windings 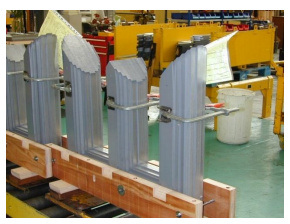 Parts of a core

The winding is the electrical circuit of the transformer, it is made up of highly conducting copper with high dielectric strength.

These winding needs to be strong mechanically and electrically to withstand both over-voltage and mechanical stress.

It consists of insulation used at different places in a transformer all the magnetic and conducting part of the transformer must be insulated well.

It is done between the elements of a given winding, insulating turns, layers, coil, conductor.

It provides a protective cover to the core, it provides an external surface for heat dissipation, it is filled with insulating oil for placing core and coil assembly. It does the protection of the windings and other internal parts.

It is a cylindrical metal drum, the main function of the conservator is to keep the main tank of the transformer completely filled with oil in any circumstances. It takes up the contraction and the expansion of transformer oil and keeps the main tank full of oil and it reduces the rate of oxidation of the oil because less, oil surface is exposed to the air and thus the sludge formation can be reduced mostly the capacity of the conservator is nearly 10 to 12 percent of the volume of oil of the main tank. 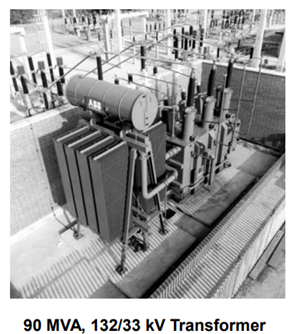 During the expansion of the oil, the air is expelled out and during the contraction, the air is drawn in during this process the entered air is passed through a breather so that it could absorb the moisture from the air and the material used for dehydrating will be silica. the Material will be blue if it is dry and whitish-pink when damp. 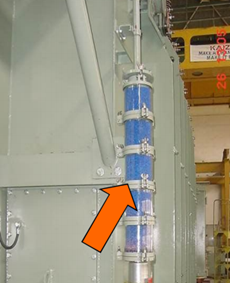 It does the connection of the transformer to the network system in which it is placed, a Bushing is needed when the conductor is taken through a metallic tank one end of it will go inside the transformer tank while the other end is in the air It has a conducting rod and a porcelain cylinder to isolate the conducting part.

It is used to get a proper balance in system voltage variation so that we could get a required output voltage on the secondary load side.

There are two types of tap changers

Tap changers are selected according to the requirement of current, voltage and number of tapping required, It is mostly connected to high voltage winding to get a wide range of voltage adjustment. 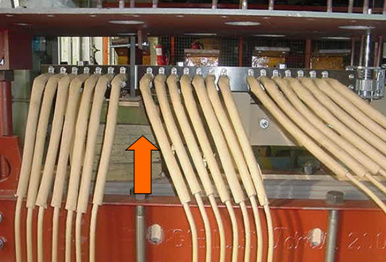 What are the accessories used in a transformer

These are specially designed for the protection of the transformer. There two separate instruments to indicate oil and winding temperatures.

Functions of a temperature indicator

• If the winding attains a preset high-temperature value, cooling equipment will switch on and it turns off when the temperature decreases 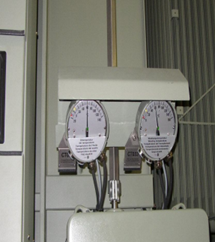 • It monitors the level of oil in a transformer 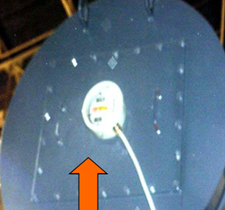 It is used as a protection device to determine certain faults like inter-turn faults, core faults due to the insulation failure of the core bolt. Insulation failure will create a short circuit and subsequent arcing. 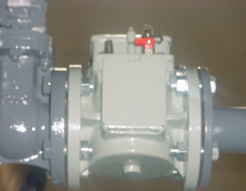 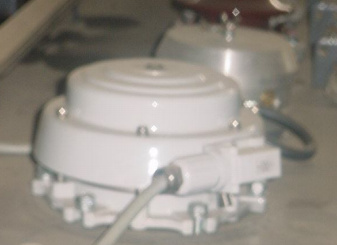 What are the applications of a transformer

Transformers are widely used in electronic products, to decrease the supply voltage to a level that is suitable for the low voltage circuitry they have. The transformer can also electrically isolate the end user from contact with the supply voltage. The principle of open circuit transformer is widely used for the characterization of soft magnetic materials. Transformers are used in power plants to increase the generated voltage and send it to high voltage transmission lines. In short, the transformer can be considered as the backbone of electrical power distribution.

1 Like
What is a transmission power line? Why DC is not used for power transmission
How transformer is constructed