What are various types of renewable energy available?

What is renewable energy?

Renewable energy or clean energy comes from natural sources that are constantly replenished- something that can’t run out or is endless like sunlight. 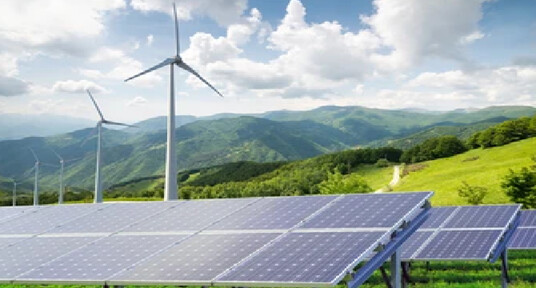 However, nowadays we can produce energy from sunlight in very small amounts by placing solar panels. Solar-powered energy systems are not only renewable, but they are also clean energy sources because they do not emit air pollutants or greenhouse gases. If the panels are responsibly sited and manufactured, they can also be classified as green energy because they have no negative environmental impact. 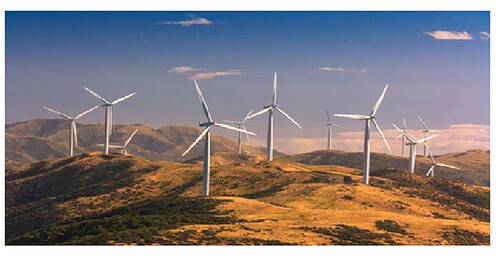 How does Hydroelectric power work?

Because water is the source of hydroelectric power, hydroelectric power plants are usually built on or near a body of water. The amount of available energy in moving water is determined by the volume of the water flow and the change in elevation—or fall and often referred to as head—from one point to another. In general, the higher the head and the greater the water flow, the more electricity a hydropower plant can generate.

Water flows through a pipe, or penstock, in hydropower plants, then pushes against and turns blades in a turbine, spinning a generator to generate electricity.

Conventional hydroelectric facilities include the following:

Run-of-the-river systems: In which the current of a river exerts pressure on a turbine. A weir in the watercourse may be installed at the facilities to divert water flow to hydro turbines.

Storage systems: Water accumulates in reservoirs created by dams on streams and rivers and is released through hydro turbines as needed to generate electricity in storage systems. Dams and storage reservoirs are common features of hydropower facilities in the United States.

Tidal energy is a type of power generated by the natural rise and fall of tides caused by the gravitational interaction of the Earth, sun, and moon. Tidal currents with enough energy to harvest form when water flows through a constriction, causing the water to move faster.

How is geothermal energy used?

Underground geothermal reservoirs of steam and heated water can be used to generate electricity as well as for heating and cooling.

A geothermal heat pump installed around 10 feet underground is one example of heating and cooling. These pipes either be filled with an antifreeze substance or with water. Water is pumped through a closed loop of pipes. During the summer, ground source heat pump systems help to cool and heat buildings. This is accomplished by absorbing the earth’s heat as the water circulates back into the structure.

The geothermal water has been used to aid plant growth in greenhouses, as well as for district heating in homes and businesses.

Biomass energy makes use of organic material derived from plants and animals, such as crops, trees, and waste wood. This biomass is burned to generate heat, which is then used to power a steam turbine, which generates electricity. Biomass is called renewable or not is based upon the source, there are various conditions where it is clean or not green.

According to studies, biomass from forests can emit more carbon than fossil fuels while also having a negative impact on biodiversity. Despite this, under the right conditions, some types of biomasses can provide a low-carbon option.