What are the types of power plants?

What is meant by a power plant?

A power plant is also known as a power station is an industrial facility that is used to produce electric power on a mass scale. 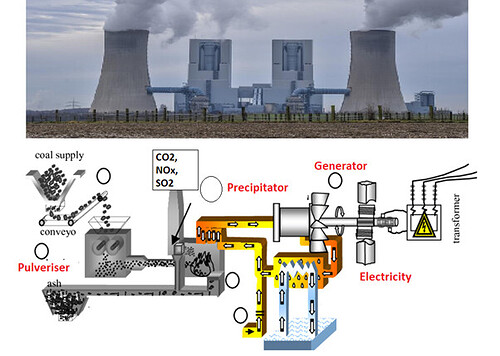 How does a coal power plant work? 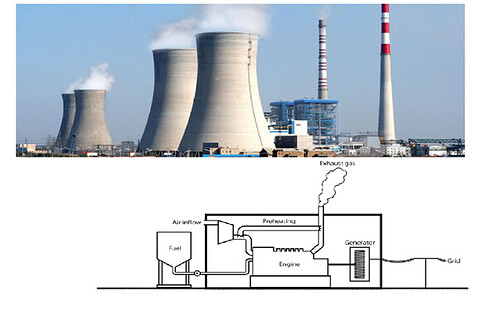 Because this power station is small in size, it can be placed wherever it is needed. This type of power station can generate a limited amount of electrical energy. The diesel power plant is used to generate electricity for small-scale manufacturing.

How do Gas-fired power plants work? 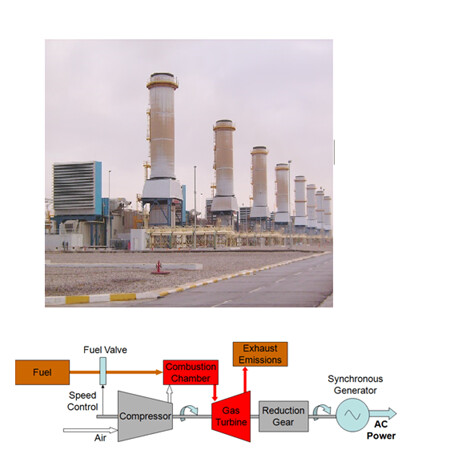 Natural gas power plants produce or generate electricity by combusting gas in a turbine. The gas became hot and these hot gases come out from the turbine and collected to HRSG (Heat recovery steam generator) to produce either supercritical or subcritical steam. The steam is directly sent to a turbine/generator unit to generate more electricity, then it is passed through a condenser to be converted back into demineralized water.

The nuclear reactor’s heat is used to convert water into steam. The pressurized steam is then used to power turbines that are linked to a generator.

Unlike coal or natural gas power plants, nuclear power plants do not need to burn anything to generate heat. Nuclear fission powers the entire process.

Loading of low-enriched Uranium pellets into the nuclear power plant. The Uranium atom is then split, resulting in nuclear fission. This process generates enormous amounts of energy.

A solar power plant is an assembly of various solar components, such as a solar panel to absorb and convert sunlight into electricity, a solar inverter to convert the electricity from DC to AC and monitor the system, a solar battery, and other solar accessories to create a functional system.

How Does Solar Power Plant Works? 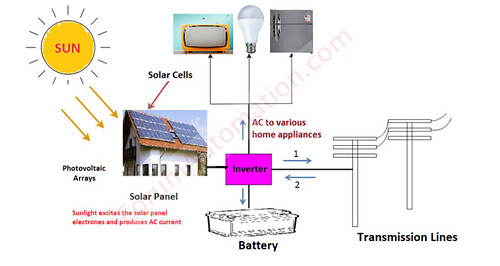 A large number of photons strike the p-type region of silicon as sunlight falls on solar cells. After absorbing photon energy, the electron and hole pair will separate. Because of the action of the electric field at the p-n junction, the electron moves from the p-type region to the n-type region. In order to increase the electric field, the diode is reverse biased. As a result, this current begins to flow in the circuit for each solar cell. To obtain a significant output, we combine the current of all the solar cells in a solar panel.

A solar power plant is made up of a large number of solar panels that are linked together to produce a high voltage output. The electrical energy generated by the combined effort of solar panels is stored in Lithium-ion batteries and used at night when there is no sunlight.

How does Hydroelectric power work?

Because water is the source of hydroelectric power, hydroelectric power plants are usually built on or near a body of water. The amount of available energy in moving water is determined by the volume of the water flow and the change in elevation—or fall and often referred to as head—from one point to another. In general, the higher the head and the greater the water flow, the more electricity a hydropower plant can generate.

Water flows through a pipe, or penstock, in hydropower plants, then pushes against and turns blades in a turbine, spinning a generator to generate electricity.

Conventional hydroelectric facilities include the following:

Run-of-the-river systems, in which the rivers current exerts pressure on a turbine. A weir in the watercourse may be installed at the facilities to divert water flow to hydro turbines.

Storage systems: Water accumulates in reservoirs created by dams on streams and rivers and is released through hydro turbines as needed to generate electricity in storage systems. Dams and storage reservoirs are common features of hydropower facilities.

Wind energy or wind power is the technology used to produce either electrical or mechanical energy from wind.

How does a wind power plant work?

Wind turbines are made up of three blades that are attached to a tubular steel tower. Some turbines have two blades or lattice towers made of concrete or steel. The turbine can take advantage of faster wind speeds at higher altitudes thanks to the tower, which is 100 feet or more above ground.

Tidal energy is a type of power generated by the natural rise and fall of tides caused by the gravitational interaction of the Earth, sun, and moon. Tidal currents with enough energy to harvest form when water flows through a constriction, causing the water to move faster.