The pulling grips are used to attach the pulling line to the cable to be pulled to the raceway. There are two basic types of traction grips that are frequently used for cable installations: basket grips and pulling eyes. 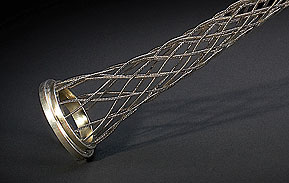 A basket grip is a flexible metal device that slides over the end of the conductor to be pulled. The handle of the basket has a web-like grip that is tightened when tension is applied to the traction line. Long basket grips should be used to pull type MC cables.

To prevent the cable from twisting during the traction operation, a pivot was installed in the traction line where it joins the grip of the basket.

There must be sufficient clearance at the traction end so that the last 600 mm (2 feet) of cable can be removed beyond the grip of the basket before the cable is spliced or terminated. 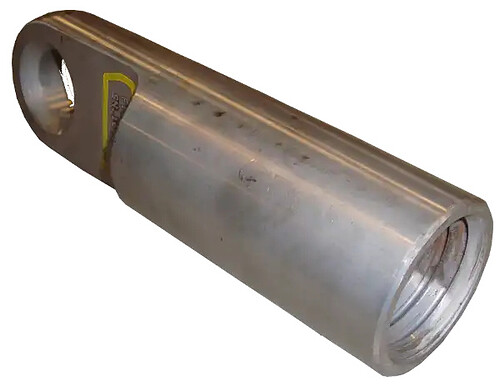 Pull eyes are sometimes used to pull larger sizes and long sections of cable. A traction eye is a steel eye that is usually attached directly to the cable conductors. Once the extraction operation is complete, the pulling eye should be removed from the cable.

A swivel is used to connect the pulling line to the traction eye to prevent the cable from twisting during the traction operation. 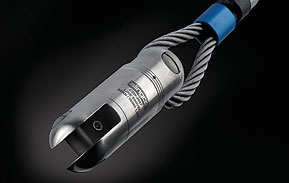 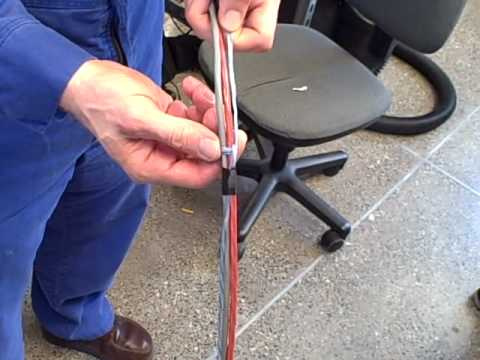 A pull line is used to pull the cable through the conduit or cable tray during cable installation. The traction lines can be made of cable or rope and are provided in various sizes. 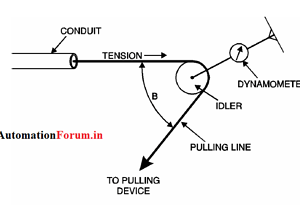 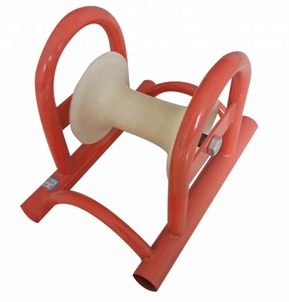 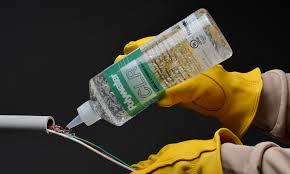 To reduce friction during the pulling operation, the lubrication must be applied generously and continuously to the conduit. Increased friction during pulling can also increase the tensile stress that is applied to a cable during its installation.

To install a cable in a conduit, pull one end of the conduit to the other with a strong cable. When pulling a cable to a conduit, there are maximum tensile stresses that the cable can withstand without damage. This process of installing is Rigging. Pulling method: The method used to rig the cables to pull the overvalued conduits and the cable tray systems depend on the length of the pull and the size of the conductors to be installed. Smaller conductors that are installed in a short run can …