It has a stator and a rotor like any other motor the stator carries a short-circuited wiring while the rotor carries 3 phase winding. Only the winding of stator is connected to the three phase supply by the help of the stator winding the rotor winding gets its power and voltage and it will be done by the electromagnetic induction it can also be called as a transformer with a rotating secondary and thus it may be called as an AC machine transformer type and in it electrical energy is converted into mechanical. 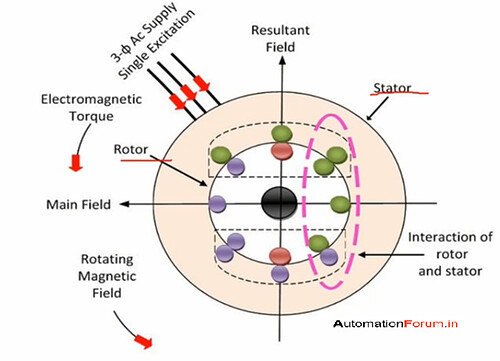 SLIP AND SLIP SPEED IN AN INDUCTION MOTOR

ADDING RHEOSTAT TO THE STATOR CIRCUIT

A rheostat will be added to the stator and it thus it will reduce the voltage. While the reducing voltage will cause the decreasing of torque too but to supply the load the torque must remain same for this we need to increase the slip if the slip increase motor will run at a reduced speed.

ADDING EXTERNAL RESISTANCE TO THE ROTOR SIDE

Testing procedure for a 3 phase motor:
Vibration analysis for electric motor
Why does induction motor use heavy current at starting?