Mostly temperature sensors are used as a means of preventive maintenance and alarm system. 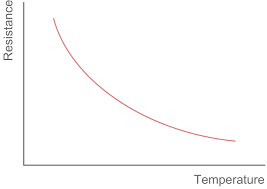 Standards and identification of thermocouple types 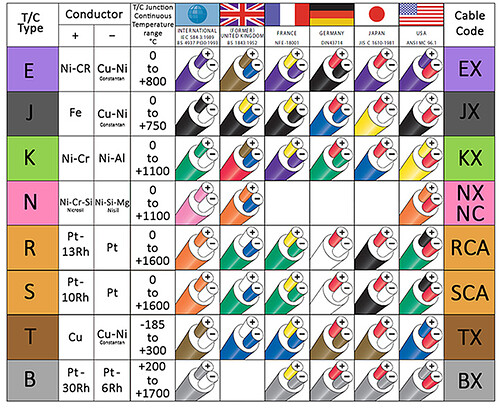 Metals usually change in resistance when temperature changes. They are not as sensitive as thermistors but are industrially used upto 600 °C. Platinum is highly preferable due to its sensitivity but using beyond 600 °C makes it open to contamination from lamination material (Ceramic or polymer) . Tungsten is used at high temperature applications only because it is very brittle. Silver and Gold are not used because of their small resistivity and Copper can only be used until 120 °C. Nickel and Nickel alloy is also used in low temperature applications. 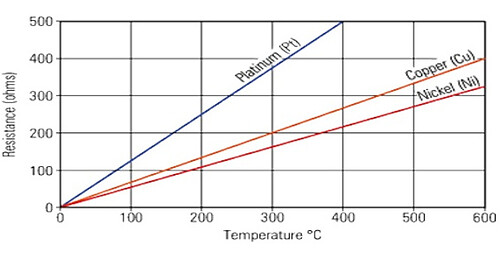 The silicon bandgap temperature sensor is BJT that is easily included in a silicon integrated circuit at very low cost. the forward voltage of the base-emitter junction of a bipolar junction transistor (BJT) made of silicon diode is temperature-dependent