The PID controller is the most common form of feedback. PID control is an important ingredient of a distributed control system. The controllers are also integrated into many special purpose control systems. PID control is often combined with logical, sequential, selectors, and simple function blocks to build the complicated automation systems used for production, transportation, and energy fabrication.

The PID algorithm is described by the equation:

The figure shows that there is always a steady state error in proportional control. The error will decrease with increasing gain, but the tendency towards oscillation will also increase.

The figure shows that the steady state error disappears when integral action is used. The tendency for oscillation also increases with decreasing Ti.

The parameters K and Ti are chosen so that the closed-loop system is oscillatory. 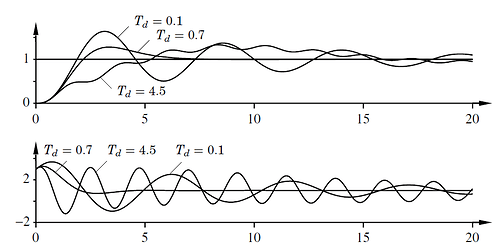