Circuit breakers are electrical safety devices that open the circuit when the circuit current exceeds the overcurrent level. Circuit breaker testing is used to test the performance of individual switching mechanisms and the timing of the trip system as a whole. 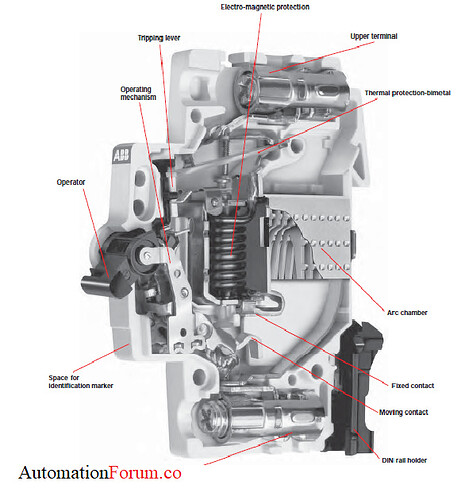 Circuit breaker testing is essential to ensure that this key link in the power asset chain performs safely and reliably.

Circuit breaker testing is classified into:

This test is done solely to prove the correctness of the general design. This test is conducted only for the first few CBs.

Type tests can be classified in the following groups.

In this test, the CB is opened and closed several times, the breaker should be in a position to open and close satisfactory. Mechanical testing on a CB is performed in the main circuit without power and voltage.

No adjustment or replacement of parts is permitted during the mechanical test, however, lubrication is permitted as per manufacturer instructions.

No distortion or wear of parts should occur after the test.

This is the type tests to assign the normal current rating to the CB. The alternating current of rated value and rated frequency is passed through a closed CB continuously until a steady temperature is reached.

Temperature readings of various conducting, insulating and structural parts are taken at a one- or half - hour interval.

The maximum temp rise of each part should be less than the permissible limit when the steady temp is reached. The temperature rises for rated current should not exceed 40°C for current below 800 A and 50°C for current 800 A and above.

When a CB in closed condition transports normal current, heat is generated in the conveyor parts due to the loss of copper loss. To maintain the temperature increase within the specified limits, the loss of copper loss is reduced by increasing the cross-section of the conductor, using adequate low resistance material, improving convection, conduction and heat radiation.

The measurement of contact resistance between isolating contacts and between moving and fixed contacts is an additional requirement.

The dielectric test is conducted to confirm the rated insulation level of the circuit breaker. These can be classified as:

Impulse tests: In this test, the specified shape and magnitude of the impulse voltage is applied to the breaker. Dry and wet tests are performed for outdoor circuits.