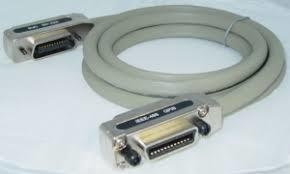 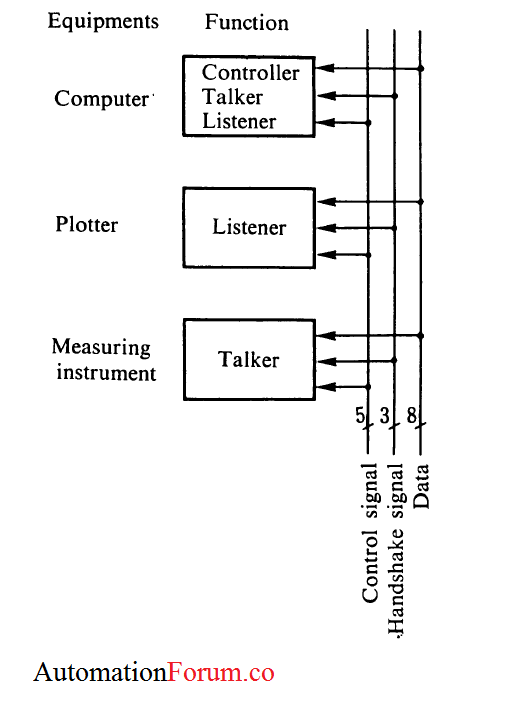 The IEEE-488 instrument bus is most often used to connect computer and personal computers to measurement instruments, plotters, and other such peripheral devices in testing laboratories. In this way, automatic measurement, analysis, data processing and recording can be accomplished.

The functions of the connected devices can be classified into three types: controller, talker, and listener. Each device must be equipped with at least one of these three functions. 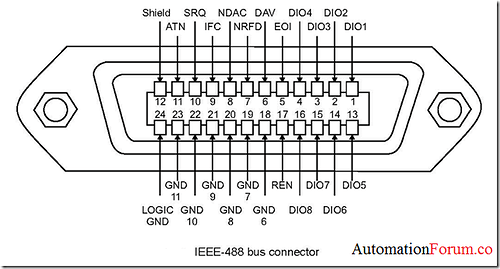 As an example of a simple system, the computer performs the controller function as required and specifies the instrument as the talker, and itself as the listner, and then receives the measurment data. After completion of data transmission, the disgnations for both talkers and listener are released. When data analysis is complete, the computer specifies itself as the talker and the plotter as the listener. It then sends the analysis data to the plotter for recording.

The bus line names and functions are shown: