How to run a three-phase motor by using single-phase power?

How to connect two AC motors in parallel?

There are three different methods to run 3 phase motor by using a single-phase power supply. They are 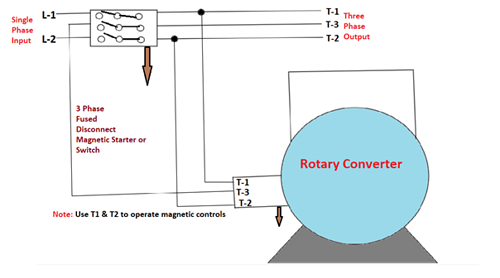 By using a VFD

A variable frequency drive (VFD) converts each pair of phases to dc and then inverts the dc to power for the three-phase output, allowing a VFD to operate a three-phase motor with a single-phase input. Manufacturer support varies, so it’s best to reduce the drive by one divided by the square root of three (about 58 percent ). Also, because VFDs are rated by current, the hp/kW rating is there for convenience in sizing drives. 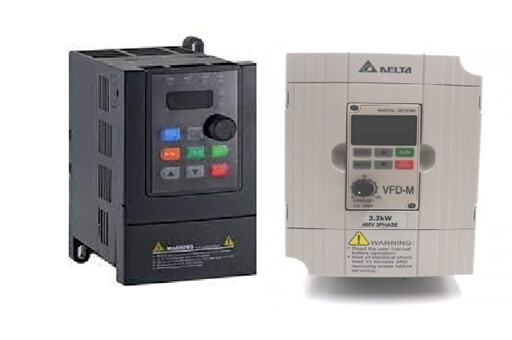 Using a VFD to operate the existing motor from single-phase power is a better idea than buying an expensive single-phase motor, changing the controls, and dealing with speed control and starting torque issues. A suitable VFD can be purchased for much less than the cost of rewinding a three-phase motor and providing the necessary controls for many applications up to 5 hp (4 kW).

A three-phase motor is typically less expensive to purchase, the controls do not require replacement or modification, and the VFD has the added benefit of providing speed control. Best of all, you won’t have to waste a weekend assisting someone who doesn’t fully comprehend what you’re doing.

Rewinding a three-phase motor is another way to make it run on single-phase power. Single phasing is another name for this technique. It entails using capacitors to rewind the electric motor. Three symmetrical sine waves bring three-phase power into the system. These waves are 120 degrees electrically out of phase with each other.

Two of the three phases of a three-phase motor are connected to the single-phase power supply to convert it. Capacitors are used to create a Phantom leg for the third phase. Between the auxiliary and main windings, the capacitors force a 90-degree electrical offset. The capacitors used must have the appropriate capacity for the load in order for the current to be balanced.

1) What are the four sections of VFD?

2) Which is better a rotary phase converter or VFD?

Phase converters work machines with modest performance increase and low voltage controls, such as freezers and trailer equipment, benefit from VFDs, on the other hand, are ideal for devices that require greater control, such as saws and pumps.