One kind of level gauge uses buoyant force to measure liquid level on a nearly stationary object called a displacer.

It is called displacer because its purpose is to displace liquid.A force measuring mechanism senses changes in the buoyant force and converts this force into an indication of level. Displacer provide a continuous measurement over a range determined by their length and can be made into transmitters for automatic level control in shallow vessels. 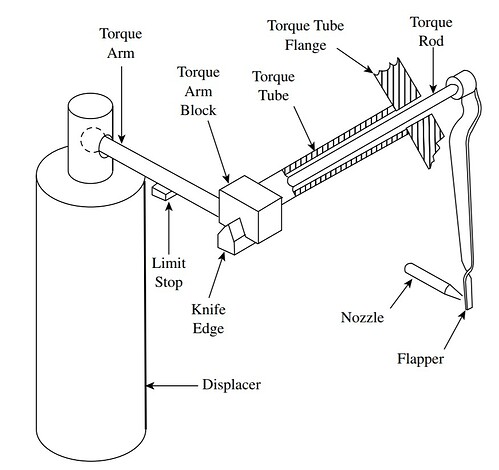 The pointer’s total rotation is only 2 to 7 degree.

The amount of pointer rotation depends on the following conditions -

How to calibrate displacer level transmitter?