How a Bimetallic thermometer work?

These thermometers use the following two principles: 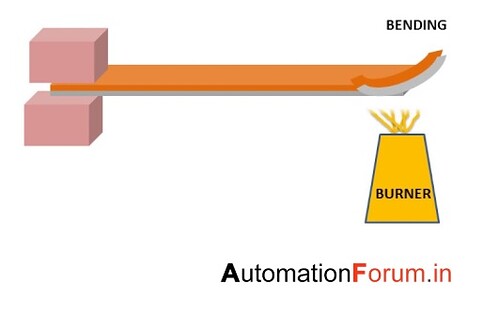 1531×335 16.2 KB
The bimetallic thermometer consists of a bimetallic strip. A bimetal strip is made of two thin metal strips that have different coefficients of expansion. The two metal strips are joined by brazing, so that the relative movement between them is stopped.

The bimetal strip has the shape of a cantilevered beam. An increase in temperature will result in deflection of the free end of the strip as shown in the diagram. This deviation is linear and may be related to changes in temperature.

The radius of the curvature of the bimetallic strip that was initially planar is determined using the following relationship.

R= radius of the curvature at the temperature T2.

The following are the important proporties a material should have to be selected for bimetallic thermometers. 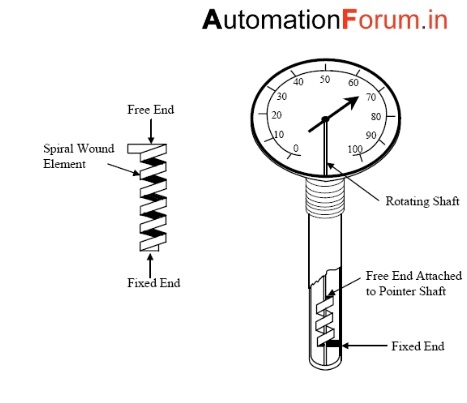 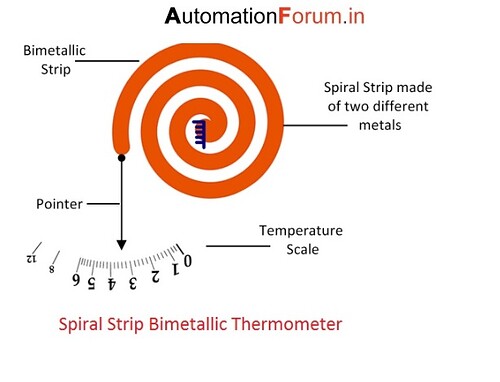