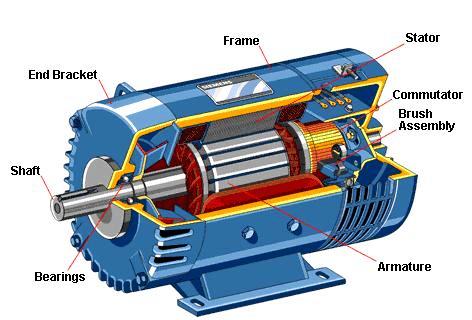 Electrical motors are actuating devices used in all kind of industries. Which should be maintained and cared periodically to ensure the motor works properly.

Also, extreme care should be given if the electric motors are installed at location classified under hazardous locations. Some combustible materials that could easily ignite and create a fire hazard are a hazardous environment or location. To avoid posing an explosion threat to installation, the electric motors operated in such an environment need to be carefully specified and selected.

Arcs, sparks and high temperatures on the surfaces of electric motors are common sources of ignition of hazardous substances. Therefore it is necessary to specify and select the right motors otherwise the consequences of an explosion and eventual fire resulting from using the wrong type of motor could range from minor injuries, production downtime and destruction of valuable investment as well as death.

Requirements to specify electrical motor in a hazardous location:

To define and select the right motor for use in a hazardous environment, four basic information is required:

Main requirements of Electrical motors in a hazardous location:

The motor should be dimensioned according to the standards so that it’s surface temperature with respect to the temperature class remains at a safe level.

The motor should be dimensioned according to the specifications so that it’s surface temperature remains at a reasonable temperature safe level. It includes either mixed form checks or direct temperature control in most cases.

Also PWM converter is important equipment comes with electrical motors, it should be subjected to test flame proof.

The following parameters must be shown on hazardous area motors intended for variable speed operation:

Characteristics of Motors in Class I, Division 1 & 2 Hazardous Locations:

In order to be able to successfully apply an electric motor in a hazardous environment, these motors must have certain critical features that make them suitable for operation in this environment without creating problems.

It is not an easy task to select the right type of engine that meets the requirements for use in a hazardous environment. Nevertheless, electric motor manufacturers for use in hazardous locations have standard nameplates containing the following information: