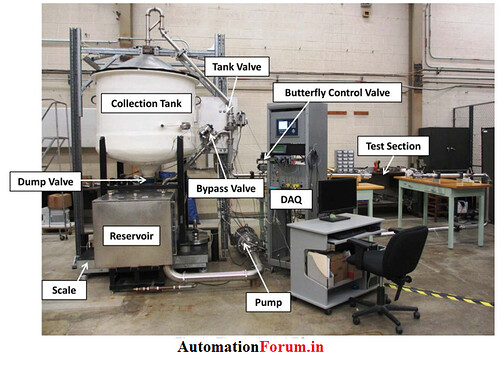 The flow rate through a passage is depended on volume or mass of fluid passed through a point at a particular time. The calibration procedure consists mainly of allowing a constant flow through the flow meter to be calibrated and the subsequent measurement of the volume or mass of the fluid flowing through a precise time interval.

The dynamic weighing calibrators are the commercial calibrator for flow. These units use a convenient dynamic weighing scheme, and are available in different models to cover the range from 0.5 to 70,000 kg/hr and have an overall accuracy of ± 0.1%. 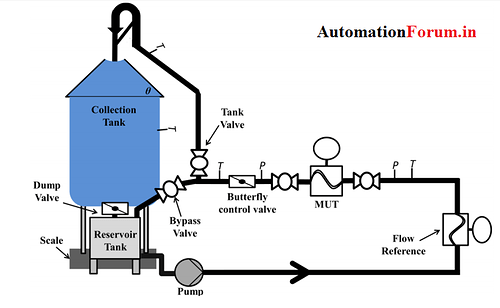 Why is it important to use mass flowmeters? Flow measurements are important in industrial automation, and there many flow meters available in the market. In food industries and health industries, it is important to measure that how much amount of... 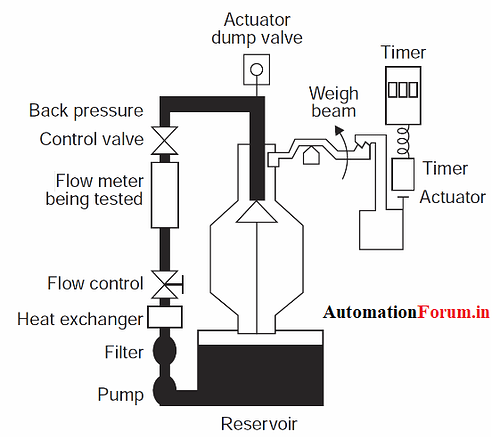 The fluid contained in the tank is pumped through a closed hydraulic circuit. First, enter the filter and then the heat exchanger equipment, which controls the temperature within ± 20 ° C.

Then it goes through the control valves, the meter under test, the back pressure valve, the weighing tank and then return to the warehouse.

The sequence of the calibration procedure is explained below: 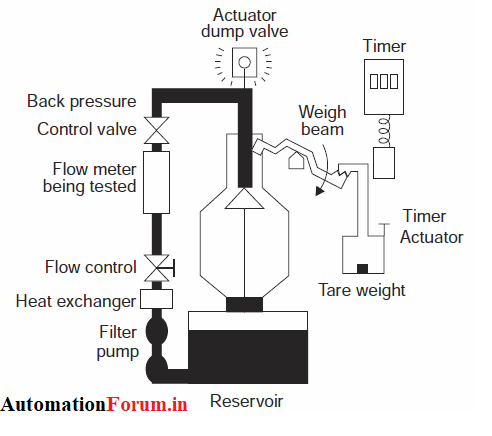 When the control valves have been adjusted for the desired flow, a tare weight is placed on the weighing plate. Then press the start button of the cycle, restarting the timer, closing the discharge valve that starts filling the weighing tank. 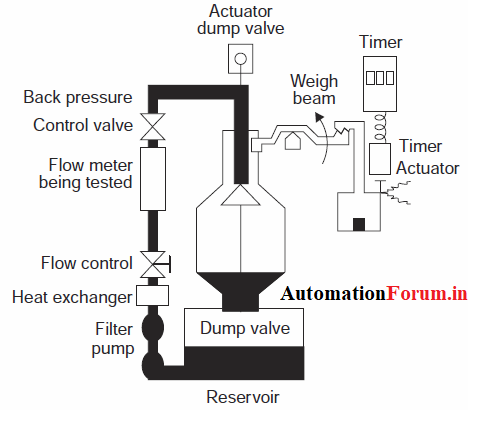 As the weighing tank fills up, the weighing plate rises, the timer actuator trips and the electronic timer starts counting, initiating the actual weighing cycle.

The preliminary fill balanced out by the tare weight before actual weighing begins. The preliminary method permits the measurement of only a portion of the cycle, which helps to eliminate mechanical errors and dynamic errors. 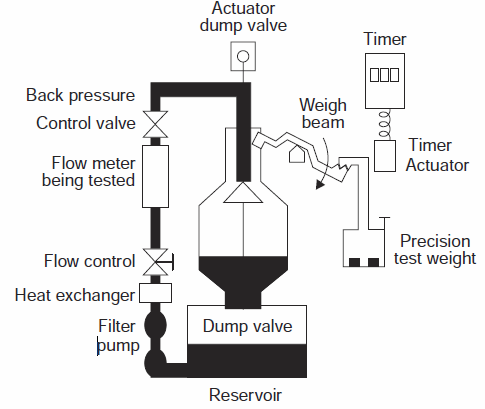 As the weighing cycle continues, a known weight is placed on the weighing plate, diverting the beam again. The deflector at the entrance of the weighing tank allows the uniform distribution of the measured fluid. 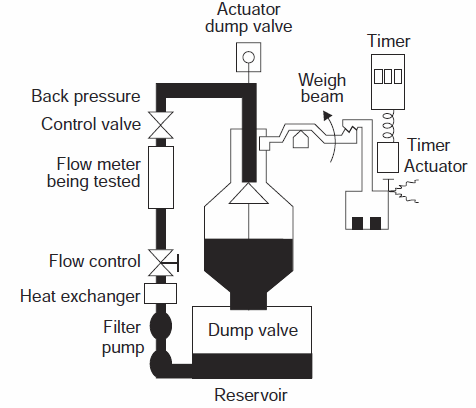 As the tank fills, the weighing plate goes up, until the timer actuator is activated again, stopping the timer and indicating the time. By combining the precision test weight with the timed interval, the actual flow rate in kg / h is easily and accurately determined.

From these basic mass units, other flow units can be accurately calculated

After the beam movement trips the timer, The tank is emptied to measure the flow rate for the next section.