Electrical cables must be adequately supported to relieve mechanical stresses in conductors and be protected from adverse conditions, such as abrasion, which could degrade the insulation. A traditional and resistant technique for cable routing is the conduit, either metal or plastic (PVC). 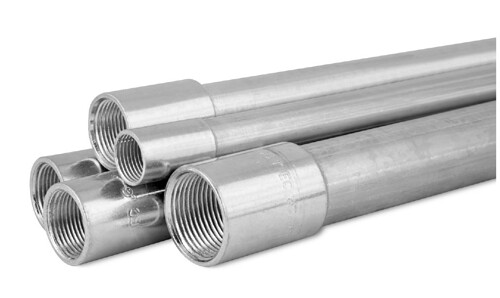 The conduit resembles the pipe used to transport fluids, except that it is a much thinner wall than the fluid pipe and is not rated to withstand the internal pressure as is the pipe. In fact, the threaded pipe uses the same pitch and thread diameter standards as the NPT fluid pipe connections (National Pipe Taper)

Metal conduit naturally form an enclosure with a continuous ground connection for conductors that not only provides a measure of protection against electric shock, but also protects against electrostatic interference. This is mainly important for power wiring to and from devices such as rectifiers and motor frequency inverter (VFD) units,

The plastic conduit does not provide grounding or electrical shielding because the plastic is not an electrical conductor. However, it is better than a metal conduit in case of chemical resistance to corrosion, so it is used to route cables in areas containing water, acids, caustic substances and other wet chemicals.

Thin wall channels made of metal that are so thin that the cable cannot be cut. In contrast, special connectors are used to attach “rods” to thin-walled channels and to install thin-walled channels into the electrical cabinet. Some thin-walled behavior lines appear in the following photo. Two of these channel executions are cut after the spinning exchange, exposing the conductor inside: 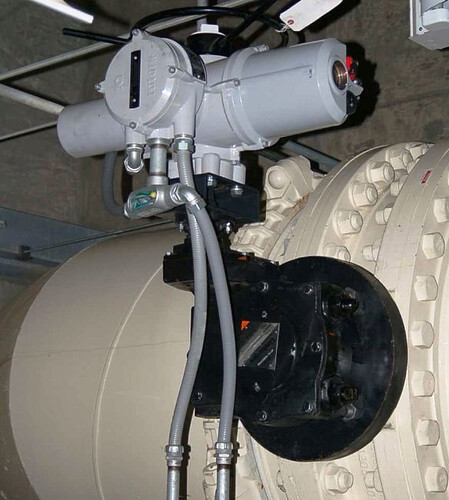 Liquid-tight conduit come in two common varieties: metallic and non-metallic. This type of metal contains a spiral metal layer just below the outer layer of plastic to provide a continuous shield in the same way as a rigid metal channel. Liquid-tight non-metallic lines are nothing more than plastic hoses, providing physical protection against fluid and abrasion exposure, but there is no capability of grounding or electrical protection.

Installing a cable to an electrical line is a task called cable pulling. cables pulling may be very challenging if the runniand/orel contains many bends, and / or approaches capacity in terms of the number and size of the conductor that it has held. Good practice is to always leave a nylon pull rope inside each channel length, ready to be used to pull a new cable or cable. When doing a long “pull” wire, just pull the nylon rope pulled into the duct along with the new cable, to replace the old pull string because it was pulled out of the duct. Special “grease” lubricants formulated for electrical cables can be applied to conductors drawn into the channel, to reduce friction between new conductors and conductors that are already inside the channel.

When connecting cables to end-point devices, it is common to use liquid dense channels that are flexible as a link between a rigid metal (or plastic) line and the last device. This provides some stress elimination to the channel if the device moves or vibrates, and also allows more freedom in positioning the device with respect to the channel. Here, we see a motor-operated control valve with two running liquid-tight channel conductors for it 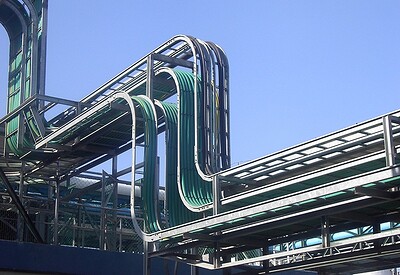 Trays can be made of solid steel wire for light duty applications such as instrument signal cabling or computer network cabling, or can be made of steel or aluminum lines for heavy duty applications such as electric power cables. Unlike channels, cable trays open, leaving cables exposed to the environment. This often requires special cable insulation to be assessed for exposure to ultraviolet light, humidity, and other environmental wear factors. The advantage that is determined from the cable tray is the ease of cabling, especially when compared to the power line.

Light-duty cable tray supports ethernet cable tray near the ceiling of the room on the college campus. Cable trays are made of solid steel wire, bent to form a “basket” to support dozens of yellow Ethernet cables.

How to select cables? Field Instrumentation

[calbes] In electrical systems, the cables are used to transport electrical currents. Most of the time the core of these cables is made of copper or aluminium to conduct the current with a minimum voltage drop. Most cables have a protective insulation to protect the cable and also to protect living beings from dangerous voltages. Types if the cables differ according to: Current go through (cable size) Purpose they are used Place (indoor or outdoor) Protection level required Selection criter…