Globe valves are control valves used to regulate the flow in a stream of water. 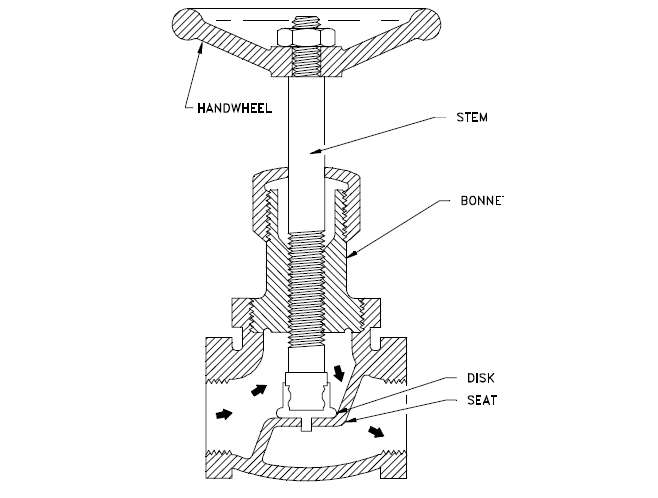 The disk shown in the figure controls the flow through it. The disk which is suit to the seat moves up and down to control the flow. The globe valve disk can be totally removed from the flow path or it can completely close the flow path.

The fluid flows through an opening in the seat. When the disc moves upward, the fluid is allowed to pass through the gap in the seat. The flow rate depends on the amount of opening. 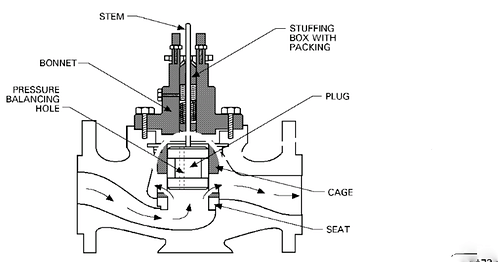 This is a plug and cage valve. The fluid flow through the hole in the plug. The flow the valve depends on the position of the valve.

These single plug valves are used for flow control in low pressure. For such valves, high pressure pushes against the plug. A double plug system overcomes this problem. 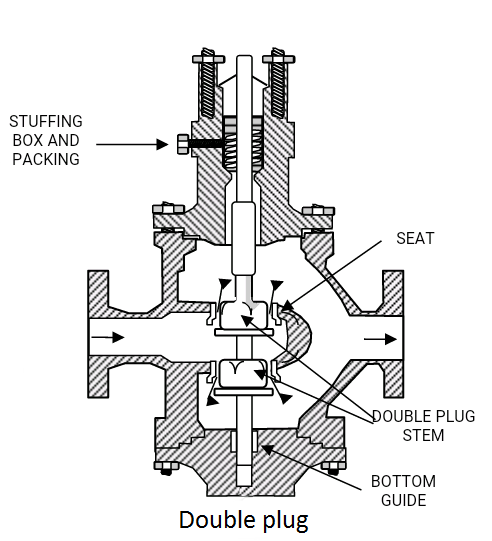 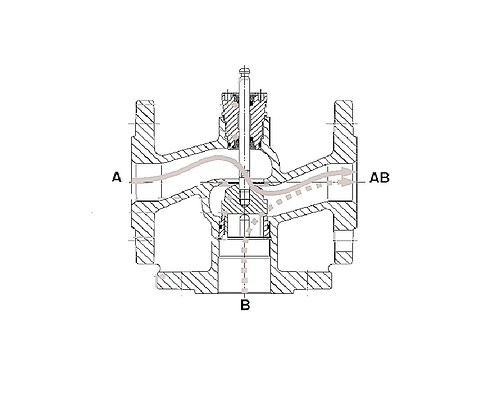 The above shown is a 3-way globe valve. The valve plug position choose either of the stream A and B. If the plug moves up B stream opens and A closes and the reverse for the down movement. 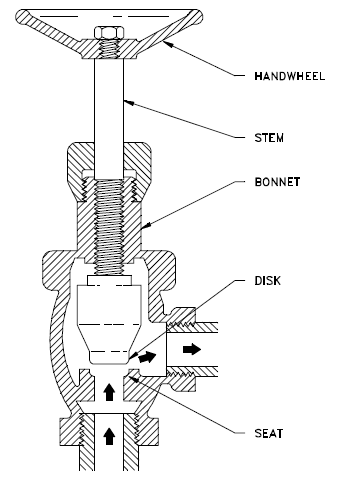 Fluid is able to flow through with only a single 90° turn and discharge downward more symmetrically than the discharge from an ordinary globe.

The angle valve’s discharge conditions are favorable with respect to fluid dynamics and erosion.