What are zero speed switches?

The basic principle of speed monitor is a comparison of pulses received from the sensor with standard pulses. The unit consists of two parts: control unit and “sensor probe”. 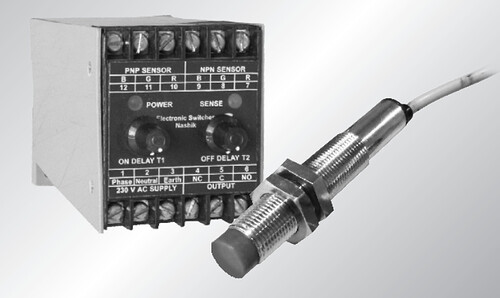 The sensor must be installed with its detection face near the rotating object. In this object, the flags must be set. The sensor produces strong electromagnetic waves, which are disturbed by the flags, giving rise to corresponding pulses. These pulses are sent to the control unit where they are compared with the standard pulses to detect the speed. 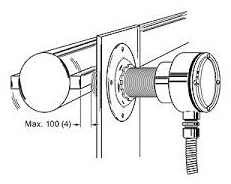 The zero speed switch receives the signal from the proximity sensor. When the speed of the input signal is above the set speed, the relay is activated/deactivated. When the speed drops to zero, the relay turns OFF / ON. It can be applied to trigger the system or give a warning signal.

Proximity Sensor senses rotation of the roller and gives pulses to control unit. Output relay is actuated when incoming pulses from proximity are stopped.

Initial time delay facility to allow the rotating mechanism to attend the desired speed is provided. Standard delay is 0-30sec. Nuisance delay allows the system to delay the trip action for few seconds as it may recover the speed.