Working of boiler injectors and its advantages and disadvantages of injectors

The injector is the instrument used to feed water into the boilers. It is usually employed where space is not available to implement a feed pump. Used for vertical and locomotive boilers

In an injector, the water is delivered to the boiler by steam pressure, the kinetic energy of the steam is used to increase the pressure and velocity of the feed water. 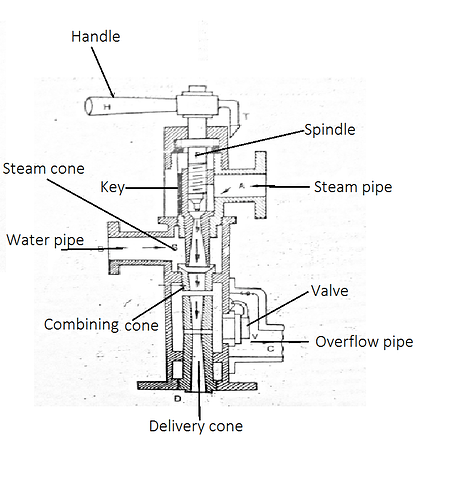 The handle at the top of the injector is connected to a spindle. The lower end of the valve serves the purpose of the valve.

The steam and water are combined with the combining cone. The mixture then passes through the delivery cone and there its kinetic energy is converted into pressure energy.

Do you want to know more about Boiler drum level control