Why is gyrocompass used on ships?

Why is the gyrocompass used on ships?

A Gyrocompass is a form of gyroscope, which is widely used on ships by employing an electrically powered, fast-spinning gyroscope wheel and frictional forces among other factors utilizing the basic physical laws, influences of gravity and the Earth’s rotation to find the true north. 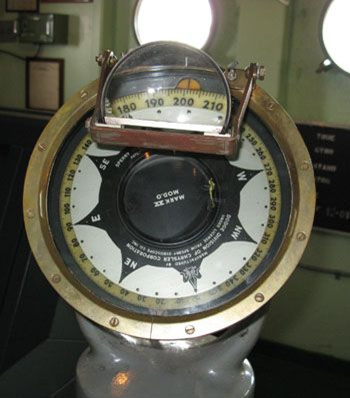 The gyroscopic compass has become an indispensable instrument in almost all merchant ships or naval vessels for its ability to detect the direction of true north and not of magnetic north. 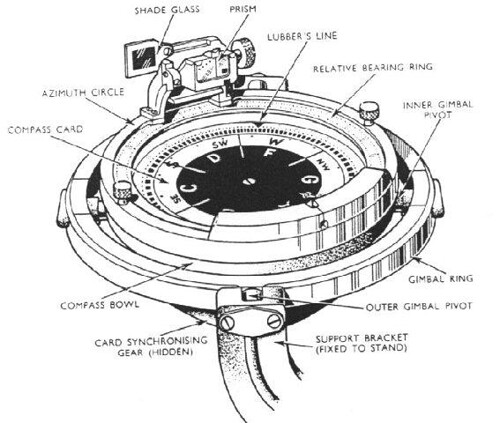 The gyrocompass works on the principle of the gyroscope. It operates by seeking an equilibrium direction under the combined effects of the force of gravity and the daily rotation of the Earth.

A compass with a motorized gyroscope whose angular momentum interacts with the force produced by the earth’s rotation to maintain a north-south orientation of the gyroscopic spin axis, thereby providing a stable directional reference. 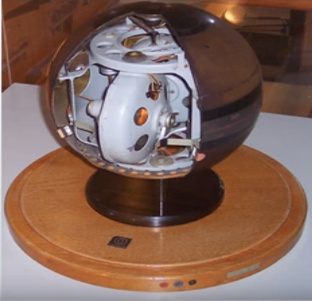 To make it seek and maintain true north, three things are necessary.

To make a gyroscope into a gyrocompass, the wheel or rotor is mounted in a sphere, called the gyrosphere, and the sphere is then supported in a vertical ring. The whole assembly is mounted on a base called the phantom.

This lack of alignment enables it to send a signal to the driving motor, which moves the phantom step in with the rotor system again in a path where the phantom may have crossed only a fraction of a degree or several degrees of the compass circle.

As soon as they are aligned, electrical impulses are sent by the phantom to the repeater compasses for each degree it traverses.

The Gyroscope in the Gyrocompass is mounted in such a way so that it can move freely about three mutually perpendicular axes and is controlled as to enable its axis of spin settled parallel with the true meridian, influenced by the Earth’s rotation and gravity.

The Gyrocompass system applications are based upon two fundamental characteristics, which are:

• Gyroscopic Inertia: The tendency of any revolving body to uphold its plane of rotation.

• Precession: A property that causes the gyroscope to move, when a couple is applied. But instead of moving in the direction of the couple, it moves at right angles to the axis of the applied couple and also the spinning wheel.

These two properties and the utilization of the Earth’s two natural forces, rotation, and gravity, enacts the Gyrocompass seek true north. Once settled on the true meridian the rotor indefinitely will remain there as long as the electrical supply of the ship remains constant and unaltered and unaffected by external forces.

Gyrocompasses are mostly used in most ships in order to detect true north, steer, and find positions and record courses.

Modern ships use a GPS system or other navigational aids feed data to the Gyrocompass for correcting the error. An orthogonal triad of fiber optic design and also ring laser gyroscopes which apply the principles of optical path difference to determine the rate of rotation, instead of depending upon mechanical parts, may help eliminate the flaws and detect true north.