Star - Delta is a circuit that is arranged in a motor with a capacity of three phases or three potential, where the windings contained in a motor consist of three main turns with a number of twelve seams.

Each coil has a different potential. It is the end of each loop that determines whether a motor has a Star or Delta circuit. It is said to be a star series because the node is Y / star. And it is said delta because the node is a triangle or Delta to drive Electro Motor, supporting equipment is needed, namely, a starter motor or commonly called a starter. Currently, there are several types of starters 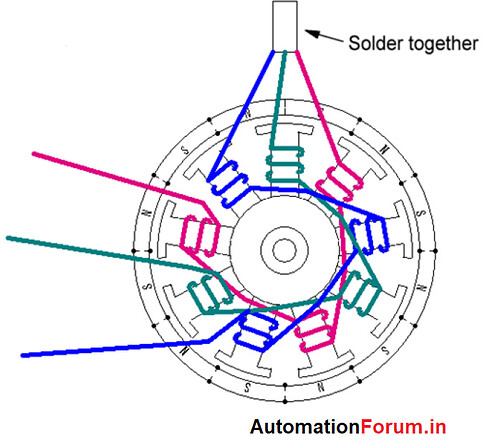 This starter is used to reduce the surge of current and torque at start. While the Star - Delta starter is composed of Main Braker and 3 contractors, namely Main Contactor, Star Contactor and Delta Contactor, Timer for switching from Star to Delta and a relay overload. At the start, the starter is connected Star.

The stator coil only accepts a voltage of about 0.578 (a third root) of line voltage. So the current and torque produced will be smaller than the DOL Starter. After approaching the normal speed the starter will switch to Delta connection. This starter will work well if the motor start is not heavily burdened.