What is Poppet valve and How it works?

What is a Poppet valve?

A poppet valve (also known as a mushroom valve) is a type of valve that controls the amount and timing of gas or vapour flow into an engine.

It is made up of a hole or open-ended chamber, which is usually round or oval in cross-section, and a stopper, which is usually a disc form on the end of a shaft known as a valve stem. The valve face of this plug is normally ground at a 45° level to seal against a corresponding valve seat ground into the rim of the chamber being sealed. To maintain alignment, the shaft passes via a valve guide.

How does a poppet valve work?

Poppet valves are frequently found in pressure control equipment and applications. They are directional control valves, and they are often high-flow fast-acting valves. This is owing to the large flow channels via the valve’s primary body. Poppet valves can typically be opened quickly, making them ideal for use in engines. 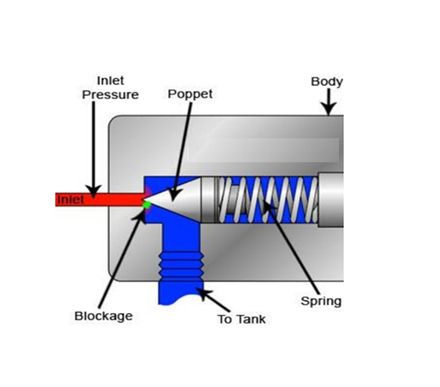 Consider the poppet valve as a plug-in sink. When you remove the stopper, the flow path expands quickly and dramatically. The broad opening of the poppet valve allows media to travel swiftly and easily through the valve.

Poppet valves are typically composed of a flat disc of metal connected to a long rod known as the valve stem. When the stem is not being pushed on, a spring closes the valve. Depending on the application, the stem can be moved by a variety of actuators, including a pilot, manual, mechanical, or solenoid operator.

Poppet valves are constructed and composed of a metal flat disc and a valve stem. The valve stem is used to push down on the valve to open it, and a spring is used to close it when the stem is not pulled on. Depending on the application, the stem can be moved by a variety of actuators, such as a pilot, manual, mechanical, or solenoid operator.

The poppet valve does not require lubrication, so you can choose it without worrying about the chemical compatibility of the lubricant with different fluid applications. This also qualifies them for use in any system that requires clean, dry air, such as a medical application. Poppet valves have a self-cleaning propensity because the huge relative valve opening produces a large flow across it, sweeping away contaminates that reside on the valve’s surface. Poppet valves are often used in single-acting cylinder engines for pressure holding and pressure release. They are also employed in the loading and unloading of positive displacement pumps. Poppet valves can also be used as relief valves in air tanks.

Advantages and Disadvantages of Poppet Valves