What is a phototransistor?

The phototransistor is the type of diode junction photo-sensitive device. In addition to silicon and germanium photodiodes, that utilises the light-sensitive qualities of the p-n material. The phototransistor possesses the ability to detect not only the presence of a light signal, but it can amplify its signal strength at the same time.

How the Phototransistor Works? 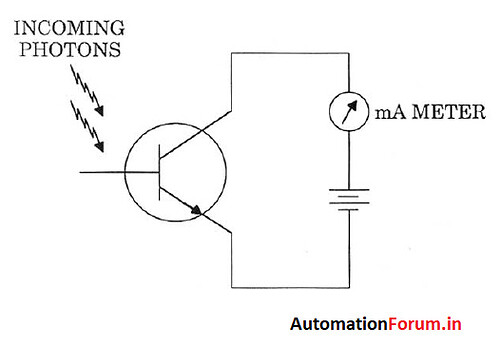 It is possible to obtain current gains that result in many hundreds of electrons being controlled by just one photoelectron. As a result of this electron control multiplication ability, the phototransistor is capable of very weak light detection.