What is Limit Switch?

Limit switches are used to detect or feel the presence of an object or to monitor and signal whether the object’s movement restrictions have been exceeded. Limit switches were originally used to specify the limit or endpoint over which an item might travel before being halted, as their name implies. The switch to control the limit of travel was activated at this moment. We can control any electrical gadget with the help of a limit switch. A limit switch’s primary duty is to monitor and control the physical movement of any machine. 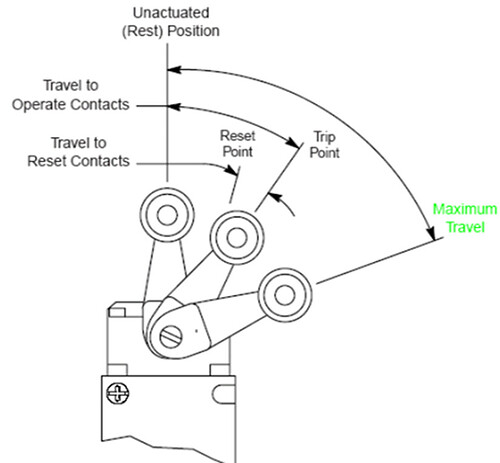 Parts of the limit switch

Parts of the limit switch are 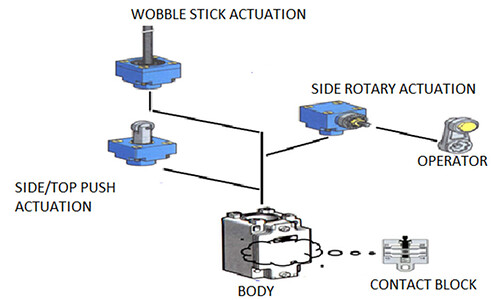 This is the section of the limit switch that would make contact with the object.

The actuator movement would be converted to contact movement in this section of the limit switch. So, if the actuator is properly moved, the switch contact will operate in accordance with it.

This portion of the limit switch would protect the switch’s electrical contact element. It usually has two or four contact pairs.

This section contains the screw terminations and is where the switch and the rest of the control circuits make electrical connections.

Body of the switch

This limit switch component would include the contact and terminal block.

The terminal block in a plug-in switch would be housed in this area of the limit switch.

The limit switch’s tiny switch has a NO and an NC contact.

Difference between NO and NC Contacts

NC contacts:- This contact is de-energized, which indicates they are connected in the normal state. That is, if you use a Multimeter to examine the NC contact, you will find it in good condition.

NC contacts remain closed when not energised and open when activated.

NO contacts:- The same as NO (Normally open), these contacts stay open even when de-energized. That instance, if you use a Multimeter to examine the NO contact, you will notice that these two are far apart. NO contacts are normally open and close as soon as they are powered.

How does a limit switch operate?

Why is the limit switch important?

Limit switches are a low-cost approach to connecting the physical and electrical worlds. They were invented some decades ago, and their widespread use has greatly reduced their cost to the end user. As a result of their simplicity and low cost, they play a key role in production.

How can we check whether the limit switch is faulty or not?

Advantages and Disadvantages of Limit Switch

Limit switches can be found in our household items, including: